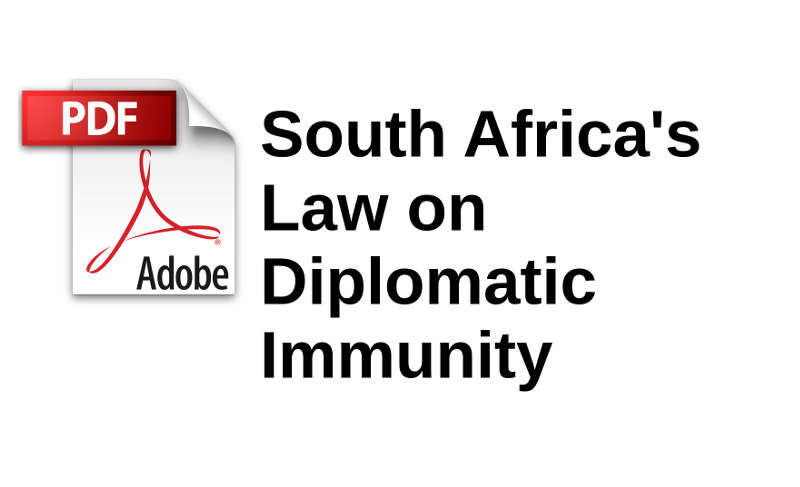 As you may already know, he South African police has confirmed that Zimbabwe’s First Lady Grace Mugabe has decided to use diplomatic immunity in order to be covered  from the possible consequences of her alleged crime of beating up a South African girl with an extension code.

…the Government of Zimbabwe has dispatched a diplomatic note verbale to the Department of International Relations and Cooperation invoking said Diplomatic Immunity cover.

In case you are wondering what the the law in South Africa says about Diplomatic immunity, here’s a download:

It makes it clear what the law says about diplomatic immunity and therefore the chances that Grace Mugabe’s incident will be covered.