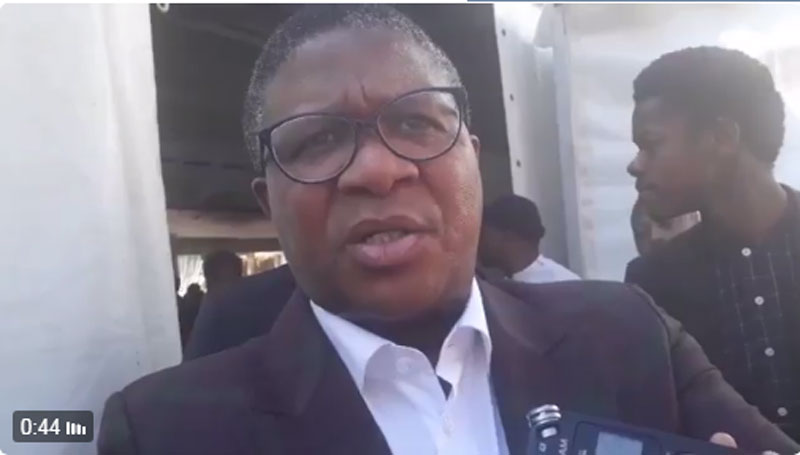 Mbhele said that Mbablula could have assisted Grace Mugabe to escape from the country. Said Mbhele:

This only leaves us with the startling possibility that Minister Mbalula may have aided and abetted Ms Mugabe’s escape back to her mansion in Zimbabwe – a tactic to which the ANC government is no stranger as they have pulled this stunt before by letting ICC-indicted Sudanese President Omar Al-Bashir escape our country.

It was grossly irresponsible for the SAPS not to arrest the Zimbabwean first lady who can easily access private air travel, thus posing a flight risk. SAPS should have reasonably known that she was never going to hang around to show up in court.

The SAPS are clearly in a shoddy and sorry state, made worse by their having to follow the lead of Mbalula, a Police Minister who knows more about making himself trend on Twitter rather than improving police operations and investigations in order to reverse the rising and ongoing trends of serious, organised and violent crimes.

Mbhele said that they need clarity on Mugabe’s whereabouts and suspect that she was helped to escape like President Al Bashir. Said Mbhele:

We especially need clarity on whether she had VIP protection assigned to her and if so, whether the SAPS therefore took her to her plane.

Whether or not she committed to handing herself over, the SAPS should have done their job and arrested her, as they would any other ordinary person accused of the same crime. An arrest is meant to ensure the accused appears in court. Punishment is not the intention.

Mbalula must explain why Grace Mugabe failed to appear in court for assaulting model: DA