Former Sunday Mail editor and alleged “Amai Jukwa” columnist Edmund Kudzayi has been exposed as the producer of Professor Jonathan Moyo’s video which was presented to the Zanu-PF Politburo which raised numerous allegations against Vice President Emmerson Mnangagwa. This comes after the video was leaked and published on Youtube by Povo News Africa. However, the video was taken down within 72 hours after Edmund Kudzayi reported it to Youtube for copyright violation.

In accordance with Youtube policy, the site published data of the copyright claimant, showing that the producer of the video is none other than Edmund Kudzayi. 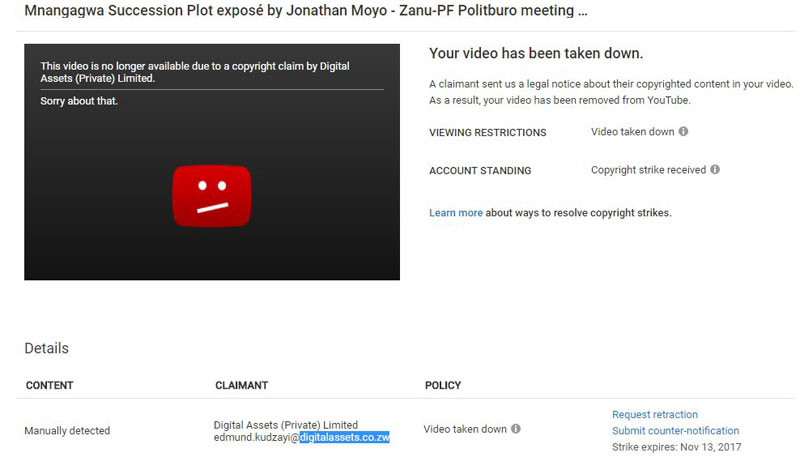