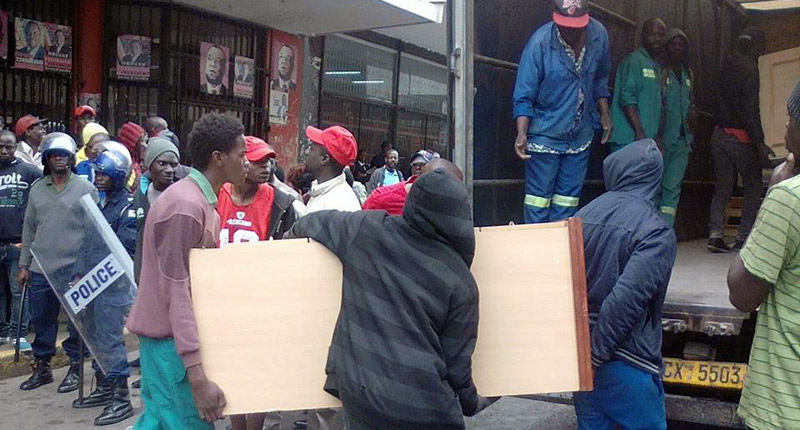 On Tuesday, MDC-T through Mwonzora and Associates filed a court application arguing that former MDC-T employee, Ms Sally Dura, who won labour damages amounting to $108 951 misled the court into awarding her a default judgement when the matter was opposed.

The default judgment was improperly sought and irregularly granted. This is because the application for registration of the arbitral award in favour of the first respondent was opposed and the notice of opposition is filed of record. It boggles the mind how the first respondent was able to set down her application as an unopposed matter and obtain the default judgment. She did not disclose to the court that the matter was opposed. She misled the court into believing that the application was not opposed.

MDC-T also argues that the Sheriff attached its property without giving a formal notice as required by law.