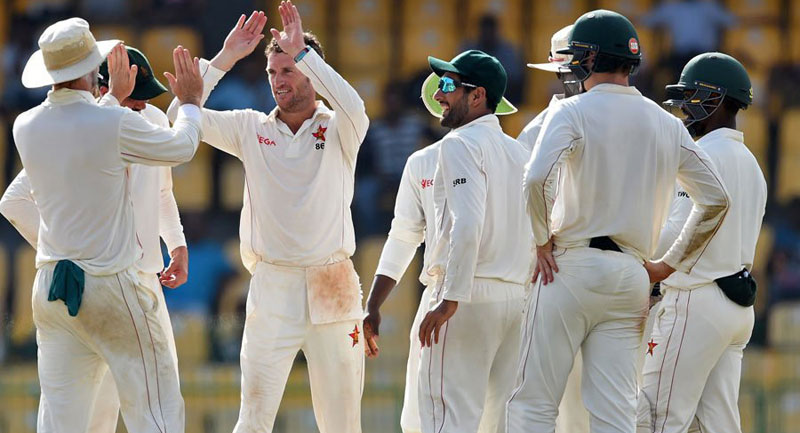 Zimbabwe lost its one off Test match against Sri Lanka by 4 wickets after the hosts pulled off the highest successful chase in Sri Lanka and the fifth-highest of all time. Zimbabwe had batted first and scored 356 and 377 in their innings. Sri Lanka responded with 346 and 391/6 after 114.5 overs in their second innings. This was only the third time in Tests that all four innings have been between 300 and 400. Umpire C Shamshuddin made a contentious decision which allowed Sri Lanka batsman Dickwella to survive a stumping. Rangana Herath was named Player of the Series and Asela Gunaratne was named the Player of the Match.

Disappointing but credit to Sri Lanka, to chase 380 on a day-five pitch is pretty special.

So credit to them, but credit to our guys as well. The way the guys fought and got the runs on the board and pushed Sri Lanka till he last day was great. We don’t play enough Test cricket, so it’shard sometimes making decisions out there, but there is a lot to learn from this Test match. The one-day series is a high point for us, we brought that confidence into the Test match and it gave us the belief that we could push the big teams.