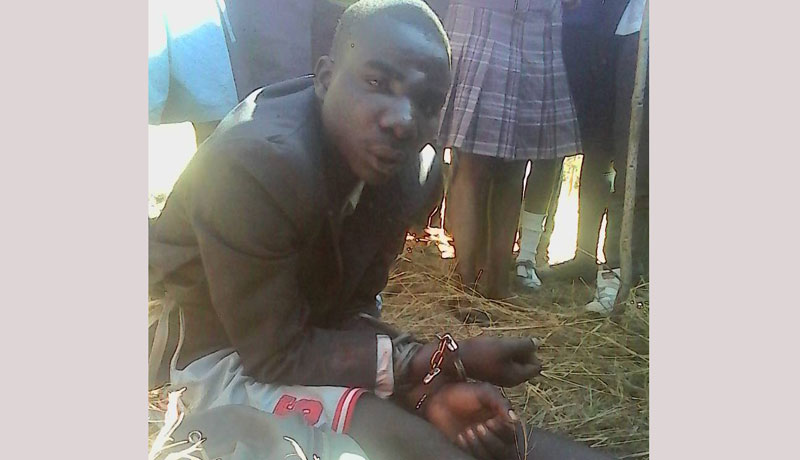 Samuel Mashonga (20), the Hurugwe man who allegedly beheaded his sister in order to get $4000 for her head has appeared in court alongside Robert Tazvireva (46). Tazvireva is a local businessman who allegedly contracted Mashonga to bring him a human head for ritual purposes. Karoi provincial magistrate, Samuel Chitumwa, did not give the two bail and advised them to apply at the High Court instead. The two were remanded to the 3rd of August.

The state alleges that Mashonga beheaded his sister Dadirai after being promised $4000 by Tazvireva, who runs a bottle store and a general dealer shop. After committing the heinous act, Mashonga contacted Tazvireva who instructed him to place the head in his car parked at the shops. However, he changed his mind later on and instructed Tazvireva to hide the head in the bush. Mashonga was arrested after he was found wearing blood stained clothes after his mother had raised alarm when she discovered his sister’s decapitated head.