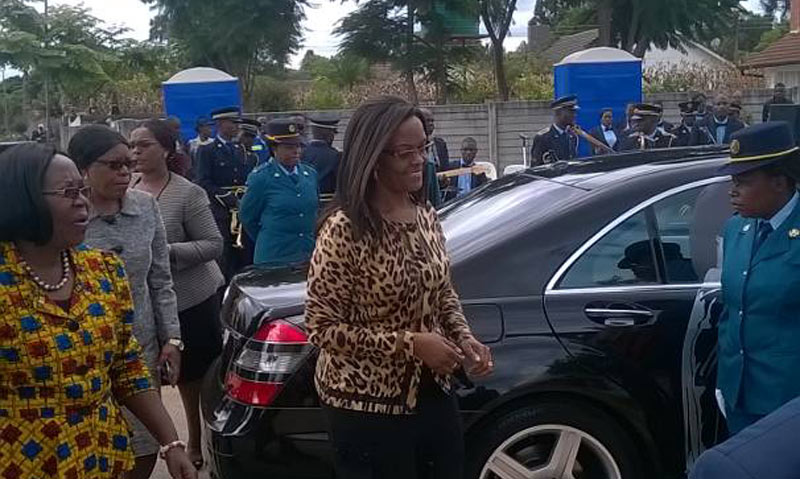 Presidential spokesperson George Charamba confirmed that First Lady Grace Mugabe was slightly injured in what he described as a freak car incident at the Harare International Airport soon after arrival from Singapore where President Robert Mugabe had gone for medical attention.

Charamba said Grace suffered some soft tissue bruising on the right ankle as a result. Grace Mugabe was taken to a local hospital where she was treated for the bruises and discharged but complained of pain from the hurt ankle. The Zimbabwe Broadcasting Corporation also reported that President Mugabe, who left for Singapore last Saturday had returnedfrom Singapore where he had gone for a “routine medical check-up”.