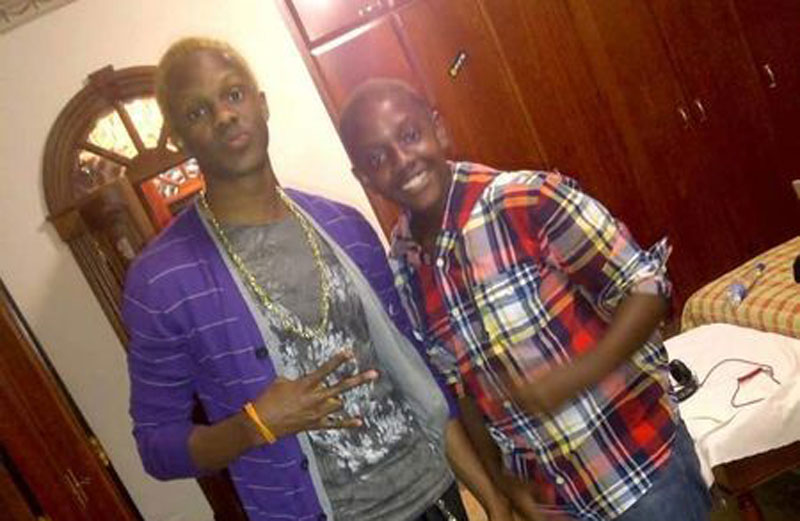 Robert Mugabe Jr and his brother Chatunga Bellarmine are reported to have been evicted from their luxurious apartment in Sandton, Johannesburg after a violent brawl occurred at their apartment and left a security officer nursing a broken arm and leg. The two boys were staying in Morningside Sandton, Johannesburg’s wealthiest area and their apartment reportedly cost R74 000 per month in rent. Residents who talked to weekly publication, The Independent, complained that the boys were notorious for keeping late hours, abusing drugs as well as wild partying.

One resident who spoke to the Independent said:

The boys were usually up during the night partying with different ladies, drinking, and smoking. There were almost daily complaints by other tenants about the noise coming from apartment 601, the smell of cigarettes and drugs that wafted regularly up and down the elevator shaft or off the spacious terrace that showcased Sandton’s beautiful, modern skyline.

However, everything came to a crashing head in The Regent’s highly secure entrance during a late-night brawl when two rival groups had a dispute over women. The fight which ensued left one member of the security aide with a broken leg and shattered arm. Ambulances and police were called to the scene and witness statements were taken.

Cigarette burns, whiskey, champagne and red wine-soiled carpets are all that remain in the floor they once occupied.

Robert Jr is reported to have relocated to South Africa after running foul of the law in Dubai.