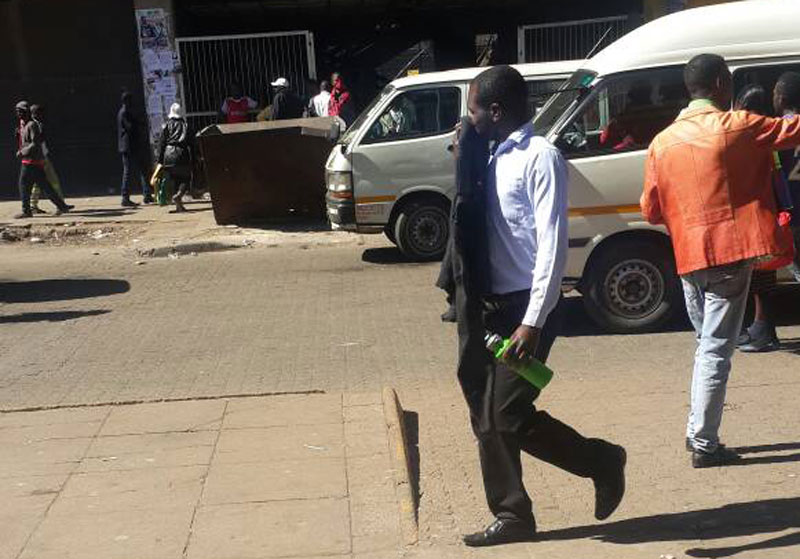 The Zimbabwe Republic Police (ZRP) earlier on today fired water cannons while attempting to disperse opposition MDC-T Youths who were protesting for electoral reforms.  The MDC-T is trying to pressurise the Zimbabwe Electoral Commission (Zec) into implement electoral reforms for the 2018 elections.  In the process, the ZRP sprayed the water on people who were standing in a bank queue along Samora Machel Avenue. The police also used tear smoke.

There was a heavy police presence in the capital as early as around 8 am, with the police deploying water cannons and riot police officers ready to quell the demonstration.