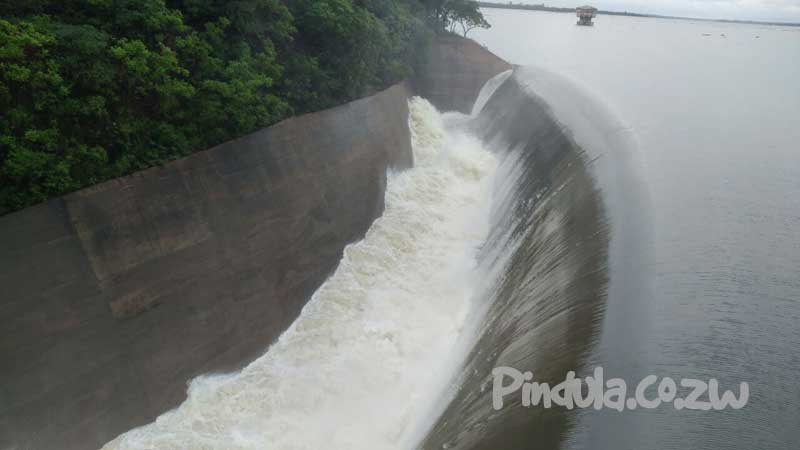 First Lady Grace Mugabe is alleged to have grabbed the state owned Mazowe Dam about three weeks ago. Mazowe Dam is the country’s 16th largest dam and was constucted in 1918. According to a report in weekly publication, the Independent, Grace has barred villagers from using the huge dam and and has posted armed police officers to guard the dam and keep villagers and other people away from it. This has infuriated villagers who used to earn a living through fishing and other activities. Rowing, sailing and canoeing, which were popular at the dam, have also been banned.

She is reported to have stopped Zinwa officials from inspecting a crack on the dam wall, saying that she was going to bring Chinese engineers to fix the problem.

This comes after the first lady illegally evicted villagers at Manzou Farm to increase her business empire. She has also constructed the Grace Mugabe Junior School in the same area which is reported to have been financed by the Chinese. The school cost $7 million to build. A villager who spoke to the Independent said:

About three weeks ago, we were told to stop fishing in the dam by some people who said they were acting on behalf of Amai (Grace). The people also put some fish in the dam and we are assuming she wants to start a fish farming business,

We were told to stop fishing in the dam without any notice and, since then, police and security agents, including some in plain clothes, have been roaming around to monitor the dam and surrounding areas. We were warned that anyone who violated the order would be arrested. This is really bad and painful because some of us depend on fishing as a means of livelihood.