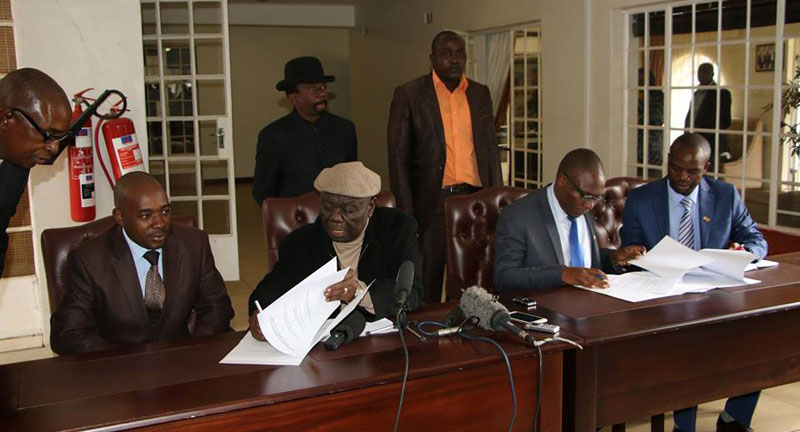 MDC-T leader Morgan Tsvangirai has promised to win next year’s presidential election even if President Mugabe rigs the polls as he has often been accused of in the past. Tsvangirai has always argued that he has never lost an election to President Robert Mugabe, insisting that Mugabe always rigged the polls. Speaking on Wednesday after signing a Memorandum of Understanding (MoU) with Jacob Ngarivhume’s Transform Zimbabwe, Tsvangirai said:

Whether Zanu PF likes it or not, we are going to have change in Zimbabwe. I want to say the 2018 election – we are going to win it, even in the face of a rigged circumstance.

I want to encourage every Zimbabwean to have that mentality to say we are going to make change happen, come 2018.

It does not matter what Zanu PF can say, what anyone does; this is the year in which the people of Zimbabwe will rescue themselves from this authoritarian entrenchment