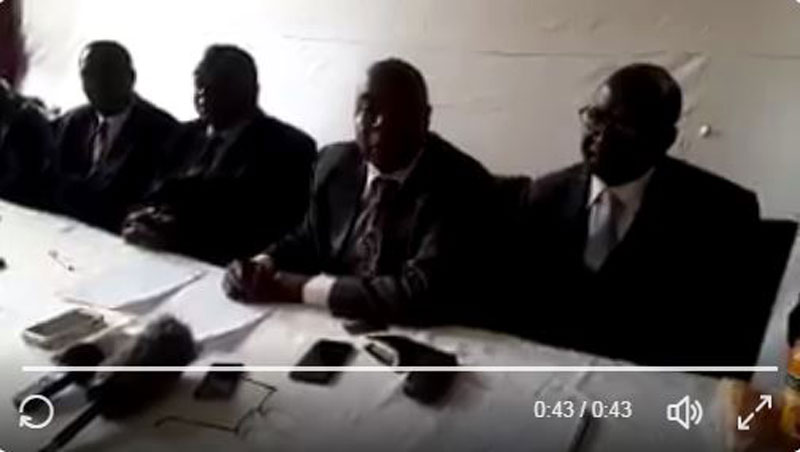 Christopher Mutsvangwa and the Zimbabwe Nationaal Liberation War Veterans Association held a press conference today in which they attacked Professor Jonathan Moyo. This comes just a day after Professor Jonathan Moyo accused Mutsvangwa of being used by General Constantino Chiwenga to lie about Moyo trying to kill the general during the liberation war. Mutsvangwa said Moyo was going to answer for his alleged pillaging of the Zimdef funds, as his alleged protector and friend, Godfrey Chidyausiku had passed on

Chris Mutsvangwa addressing journalists as he savages Prof Jonathan Moyo. He calls for the arrest of @ProfJNMoyo pic.twitter.com/pmO7mxWAaX

Godfrey Guwa Chidyausiku was a Zimbabwean judge and former politician. He served as the Chief Justice from his appointment in 2001 to his retirement on the 28th of Feberuary 2017.. Chidyausiku headed the Constitutional Convention in 1999 when Zimbabwe attempted to change its constitution. The... Read More About Godfrey Chidyausiku