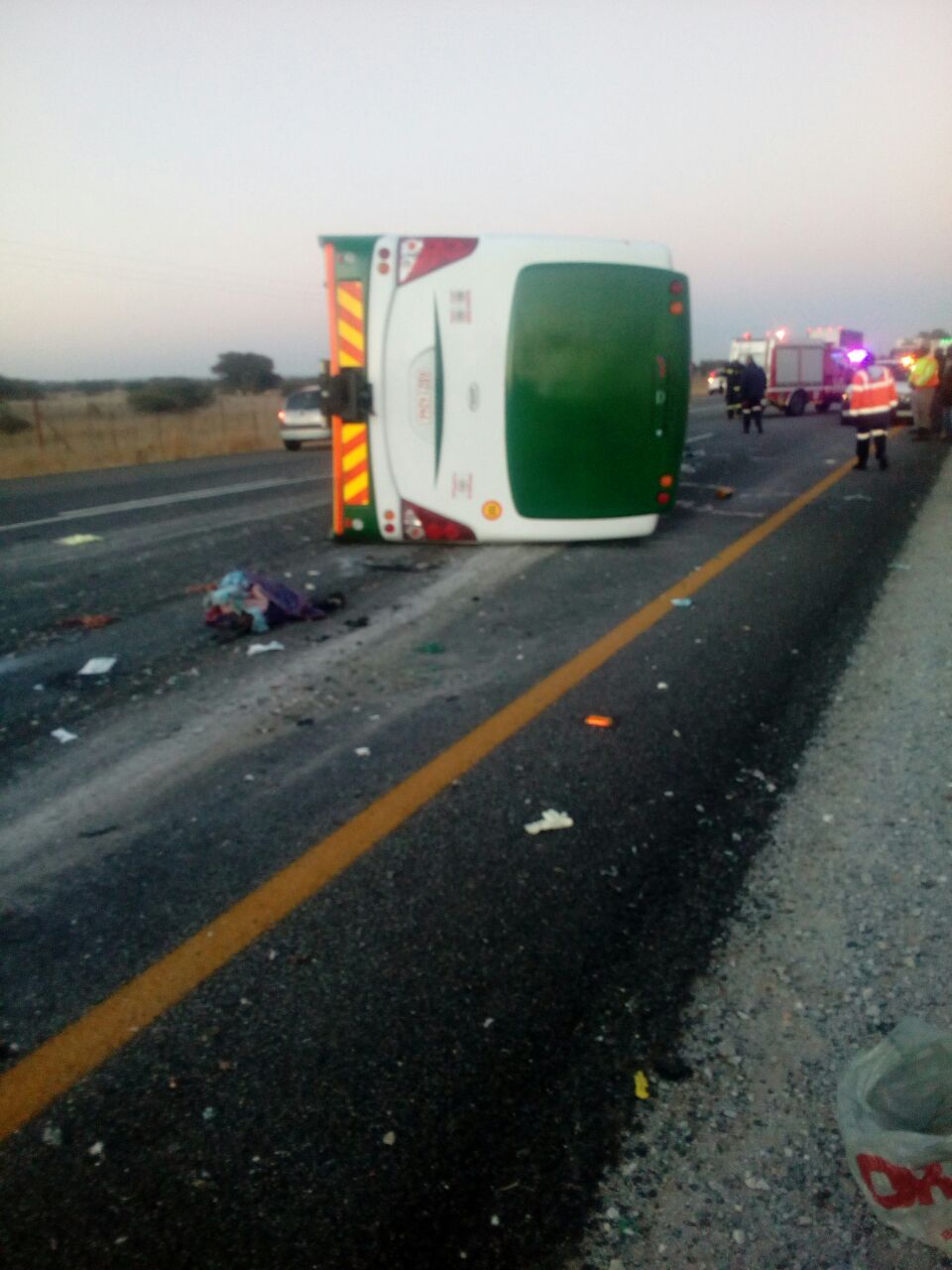 A Munhenzva bus lost control and overturned near Tweefontein, about 20km from Polokwane in South Africa resulting in the death of one person. 34 people were seriously injured and two of them are reported to be critical. The accident happened early today around 4:30 am.

Further investigation are in progress, but indications are that the driver of a Man bus lost control near Tweefontein area.

As a result the bus overturned and killed one person on the spot.

The driver and one other passenger were seriously injured, while 32 other incurred minor injuries.