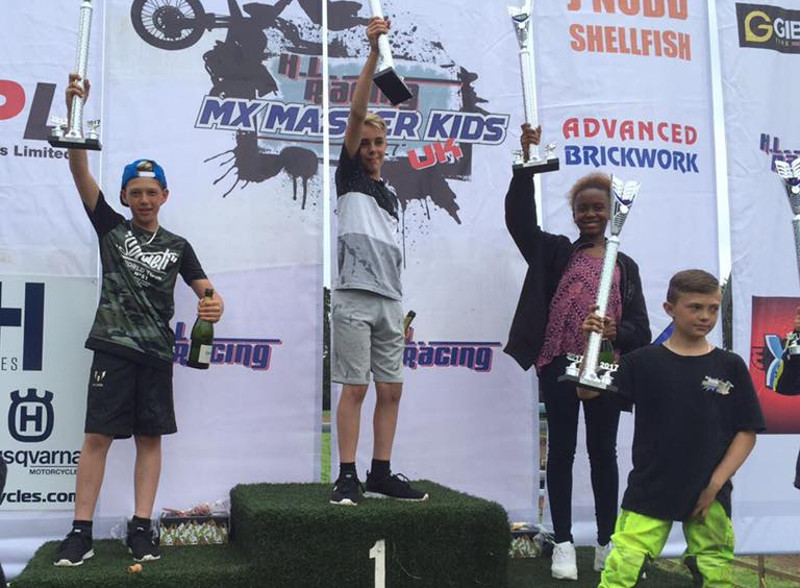 Zimbabwe motocross sensation Tanya Muzinda managed to finish third overall in the 85cc B class at the 2017 British Master’s Kids National Motocross Championship in th United Kingdom. She was competing against 36 top junior male and female riders from England and other European countries.

Muzinda made history by becoming the first female racer to win a heat at the British Master Kids Championships since its inauguration in 2013 when she won Heat Three on Day Two on Sunday.

Muzinda amassed a total of 236 points during the tough six rounds of action on Saturday, Sunday and Monday.

When I came here it was like navigating some unknown terrain and I didn’t know what to expect as I was taking on some of the top, top junior male and female British riders.

But I just told myself before the opening day of this event on Saturday that I had nothing to lose but everything to gain and I just gave it my best shot. The track was perfect and the (racing conditions) were just good.