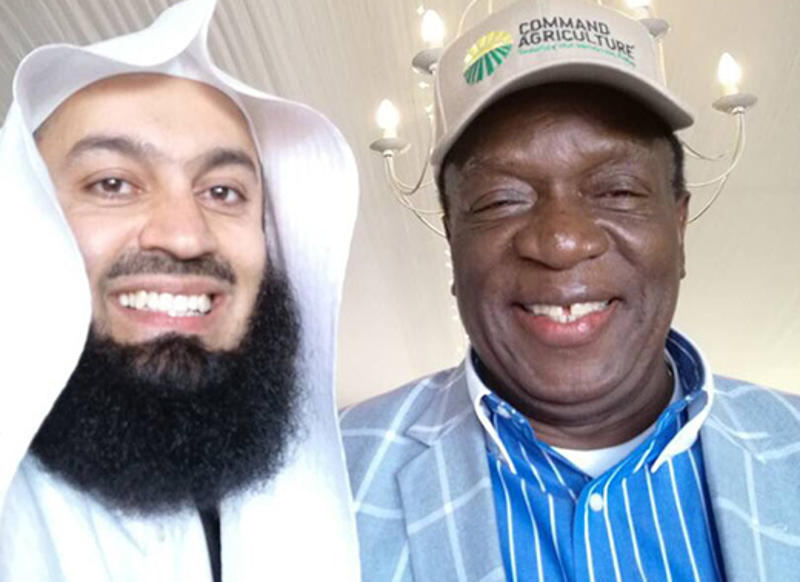 Mufti Ismail Menk, born Ismail ibn Musa Menk, a Muslim cleric and Grand Mufti of Zimbabwe was recently pictured with top government officials including Vice President Emmerson Mnangagwa and General Constantino Chiwenga among others. The photos were taken at Zibagwe near Kwekwe, where the Vice President was touring Africa Chrome Fields (ACF).

Mufti Menk is regarded as very influential and has a large following particularly on social media where has more than a million followers on both Twitter and Facebook separately.