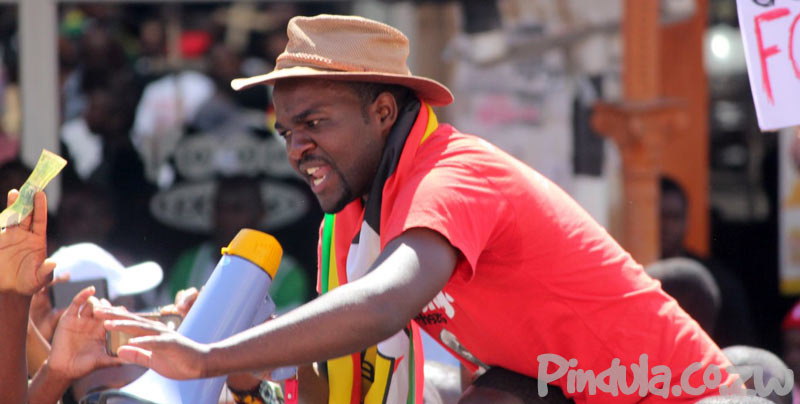 STATEMENT ON BEHALF OF Patson Dzamara

We have noted with great concern, and sadness reports carried in online media, and traditional state media regarding the health of Patson Dzamara

While ordinarily we would not comment on malicious rumours, nor dance to machinations of state mouth pieces, we feel the traction gained by these lies is such that it must be given the appropriate adjectives, lest it be assumed to be true.

To begin with, reports that Patson Dzamara faked his illness, and that the organisation paying his hospital bills, Counselling Services Unit (CSU) are false, misleading, and grounded in pure malice.

Our decision to ignore this article initially was inspired by the assumption that the ‘facts’ stated within it were absurd as they obviously false. In error, we believed that any man or woman capable of reading a sentence in any language would be aware that ‘CSU’ or any other organisation are incapable of getting personal medical records from any institution, regardless of the amount of money they pay.

It violates medical ethics, and an institution like Avenues Clinic would never agree to engage in such a damaging exchange of information.

Furthermore, the article went on to quote ‘sources’ without providing any factual proof to the effect that these even exist.

In no time, seasoned journalists, like Herald’s Political Editor Tichaona Zindoga, and his entire paper, made it their task, to shun any and all journalistic standards by hoping on to hogwash and dirt, in the manner that a pig gets excited by excretions.

We would like to place it on record, that CSU, nor any of its members of staff have ever spoken to the media, or any media personnel. The policy of CSU is that they do not comment on rumours, and they do not issue any statements to the press, at any point, and any time.

Proof of this is readily available, from CSU, and those that think otherwise are free to approach them for clarity, to better taste the response, for their own curiosity.

On top of that, CSU does not pay any activists any amount of money, at any time and for any reason at all. Such information is freely and readily available. Any journalist, analyst, or thinking individual who believes(d) that Patson Dzamara was hospitalized for money needs their head extracted from a buffalo behind, then examined at length.

That said, we would like to express extreme disappointment, that there are individuals, foreign and local, whose sole mandate is to soil the reputation of Patson Dzamara without giving him the due diligence required by those that point fingers.

To attack him on the basis of a bogus news report, propounded by a very bogus journalist who is neither qualified, nor registered in any country is below the level of nonsense. Such news outlets are not the ‘eye’ they claim to be, they are simply ad revenue based sensational lying pit latrines.

The mere fact that they see Itai, Patson’s brother, as a symbol, and opportunity to drive users to their sites, or score points on behalf of Robert Mugabe speaks volumes about the upbringing that some of these people have been through.

That said, Patson Dzamara was ill. It is unfortunate that this has to be said again. He got no prizes for this. There no prizes for illness. His condition though stable now, requires that he travel overseas to see pathologists and specialists who can better chart a direction that is necessary.

Several people of immense integrity who visited his hospital can attest to this. Those that reject this are free to believe that the Easter bunny exists, so does Santa Clause, and the tooth fairy. Those inspired by a genuine desire for truth may resort to their mental reason to get the necessary answers.