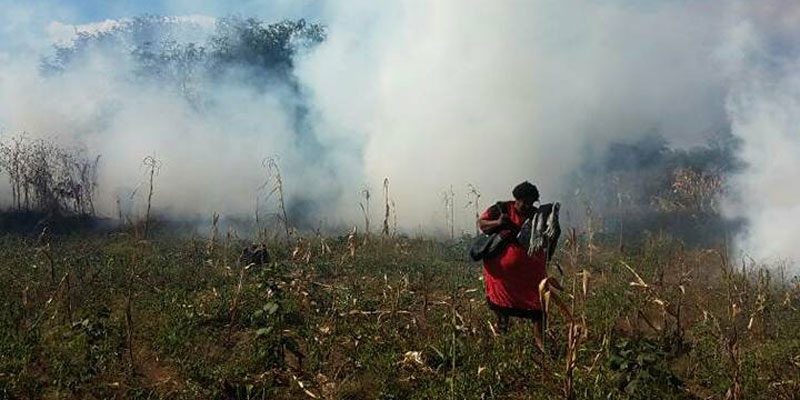 MDC-T vice-president, Thokozani Khupe has said that she almost died when police tear-gased a village in Lupane, to stop her from interacting with villagers. She also said that some people are still missing since the police attack.   According to Khupe, she was having a private meeting in a private residence to encourage people to vote when the Zimbabwe Republic Police responded in a heavy-handed manner in an effort to intimidate her and villagers. Said Khupe,

We were having a meeting at a homestead in Ward 9, Lupane and some of the women had babies on their backs,

Initially it was the CIO who came and told us the meeting was illegal. But when I told them this was a private meeting at a private property and there was no need to seek clearance, they went back and sought reinforcement,

They surrounded the whole village as if there were terrorists; and when I approached them to find out who was in charge, they threw teargas at me; I almost died.

They teargased the whole village and the women ran everywhere as they choked. Some of them were hospitalised together with their little children. Others are still missing and we don’t even know where they are.