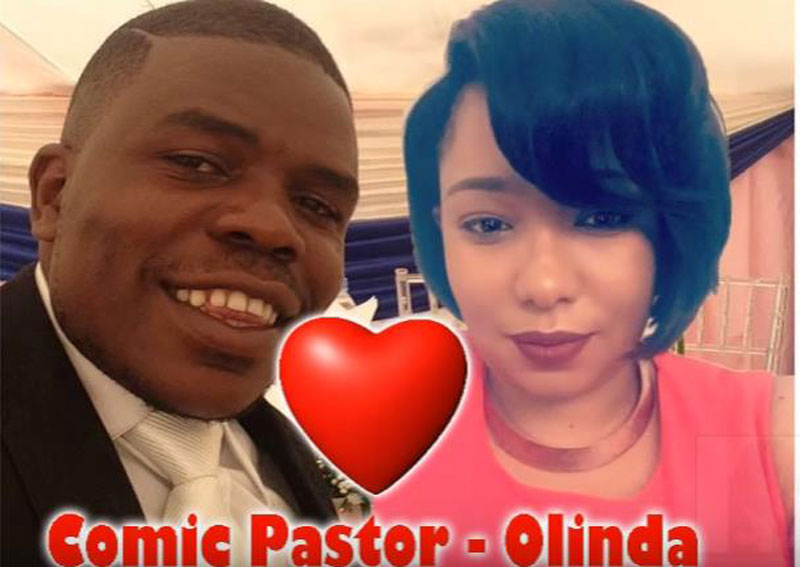 Comic Pastor, real name Prosper Ngomashi, was at the weekend busy shooting a video for his single ‘Olinda Ndidewo’ featuring Michelle Chiyangwa as the video vixen.

The video makes fun of the Olinda-Stunner issue which rocked social media a couple of months ago leading to the couple’s divorce. Comic Pastor who plays Stunner while Michelle who plays Olinda. The video was shot at Philip Chiyangwa’s White House and sees Michelle in a Bentley while Comic Pastor stands outside begging her to take him back. After watching the video, Olinda Chapel who is rumoured to be dating Tytan, took to her Facebook page and said the video was sub-standard.