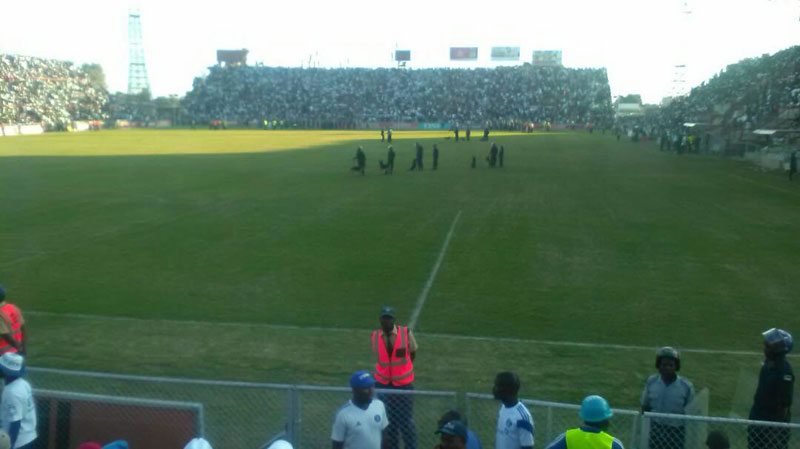 The match between Highlanders and Dynamos had to be abandoned after crowd trouble stopped the match which was held at Barbourfields Stadium in Bulawayo.

The hosts grabbed the lead courtesy of Bosso captain, Rahman Kutsanzira who fired home from just outside the eighteen area after a corner kick. The goal came barely 2 minutes after Highlanders goalkeeper Ariel Sibanda had made a superb save to deny Dynamos. However, the  Glamour boys equalized through Epoupa, although the goal seemed to have been scored from an offside position. The match had to be suspended after the home fans did not take too kindly to the questionable officiating. They showed their anger and frustration by throwing missiles onto the pitch. You can watch a video of Highlanders fans invading the pitch below: