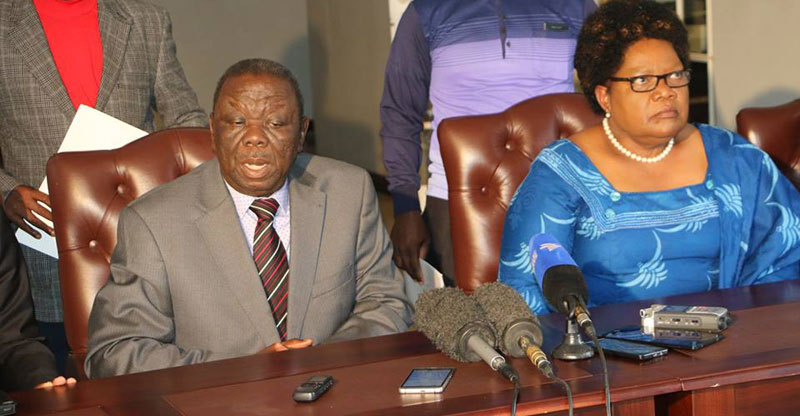 Joice Mujuru’s National People’s Party has told the proposed coalition that it will only be part of the coalition on the condition that  Mujuru is leads the coalition.  The NPP argues that Tsvangirai cannot lead the coalition as he is a failure and who is well past his prime.

This was said by NPP vice president Mr Samuel Sipepa Nkomo at a rally in Masvingo. Said Nkomo

I want to speak about the issue of the coalition talks before I sit down because I know that my president (Dr Mujuru) will tone down in a bid to be diplomatic.

If a person fails you try next door and in this case Tsvangirai failed, and if he does not want a coalition he should let go because we are going to have Dr Mujuru as our presidential candidate.

If they (MDC-T) do not accept it, it’s their problem because we cannot afford to go backwards with a person who has failed.

Taking to the podium, Mujuru did not contradict Nkomo. Instead, she added:

NPP will remain NPP and MDC-T will remain MDC-T.  What we only agreed on in the MoU was the road-map to be followed and nothing else. As NPP, we must continue building the party by recruiting more members.