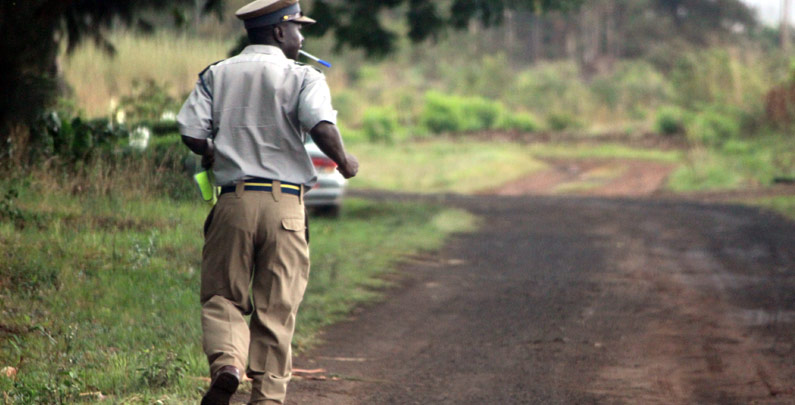 Thembalenkosi Ndlovu (26) of Kariangwe Village, who is a teacher from Binga was arrested for stealing his friend’s police uniform. He intended to use the uniform to get a free ride to Bulawayo. However, he gave himself away by wearing the uniform together with a civilian belt and timberland boots. Police officers are prohibited from wearing incomplete uniforms. His luck ran out when he boarded a vehicle which was being driven by a former police officer who noted the discrepancies and took him to the police station.

He appeared before Bulawayo magistrate Mr Tinashe Tashaya facing charges of impersonating a police officer and unlawful possession of camouflaged uniform. He was convicted on his own plea of guilty and will be sentenced today. He was remanded in custody

It is an unwritten law that police officers and soldiers do not pay for transportation when in uniform.
More: Herald