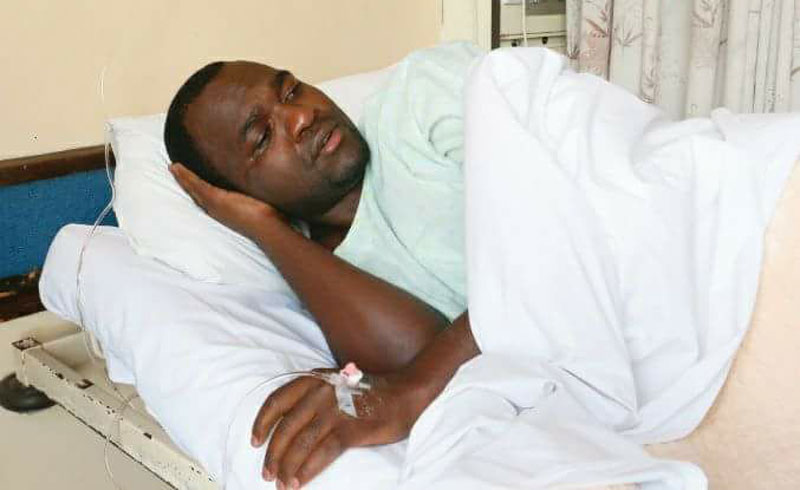 Human rights activist Patson Dzamara has been accused of lying about his condition after he claimed that he had been transferred to the Intensive Care Unit.  According to Award winning Journalist and New York Times Foreign Correspondent Hopewell Chin’ono,  Dzamara was not in the ICU and was likely to be discharged yesterday.  Said Chin’ono writting on his facebook page:

Patson is not in ICU, he was put in an ordinary ward and will most likely be discharged today.

However, Pastor Evan Mawarire has refuted this allegation saying that  Dzamara had been transferred to the ICU due to some respiratory problems. Writting on micro-blogging site Twitter, Mawarire said:

Visited Patson Dzamara in hospital. I can confirm he was rushed to ICU last night due to breathing trouble. Back in normal ward today.