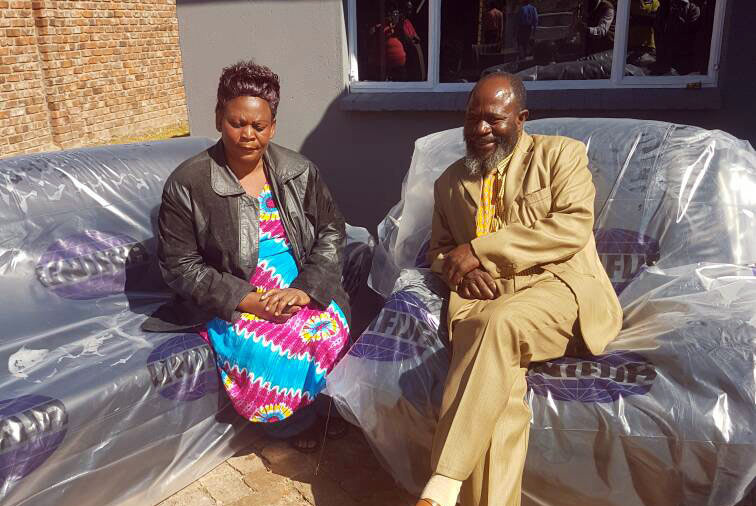 Buhera South MP Joseph Chinotimba and Home Affairs minister Ignatius Chombo have officially handed furniture worth $4 500 for Cde Chinx Chingaira’s new Sentosa home that was officially handed over to him on Tuesday.

The Herald reports that the furniture includes a leather sofa set with a recliner. You can view the pictures of the handover ceremony below:

Dr. Ignatius Chombo is a Zimbabwean politician and a former member of the ruling Zanu-PF party. He is also the former Minister of Finance and Economic Development. On 14 November 2017, after the military took over control of the country, Chombo was reportedly arrested by... Read More About Ignatius Chombo