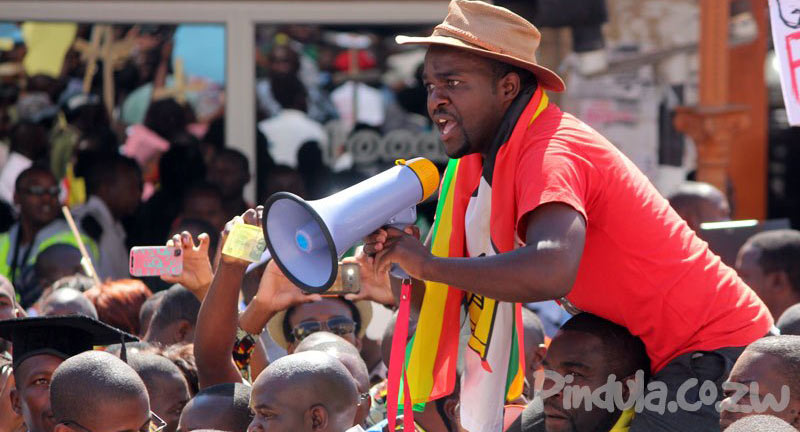 Activist, author and motivational speaker, Patson Dzamara has recounted how he was ill-treated by police following his and Tatenda Mombeyarara’s arrest for defaulting court last week. He was released yesterday after paying $20 bail.

Dzamara says he and his co-accused where moved to D-section at Remand Prison where dangerous criminals are housed. He also reveals how they were shackled with leg irons after the order of detainees was changed. Said Dzamara:

…when we arrived at Harare Remand Prison, as befitting our clearly inflated offense of defaulting court we were assigned to the C section where those with lesser offenses are kept under a more relaxed environment. Shockingly, after only a few hours we were removed from the C section and there was debate among the prison officers whether we were supposed to be taken to Chikurubhi Maximum Prison or not. We were eventually taken to the notorious D section at Remand Prison where the hardcore criminals such as murderers, robbers, rapists etc are kept. No explanation was given for this.

When we set out for court yesterday, the order of detainees was changed to ensure that Tatenda and I get to be shackled with the few leg irons available.

At court, instead of releasing us after the detention, the clearly frustrated magistrate, ordered us to pay $20 fine each or do more five days in custody. We are glad that we got the fines paid and escaped the lice infested, freezing cells and frugal food rations…