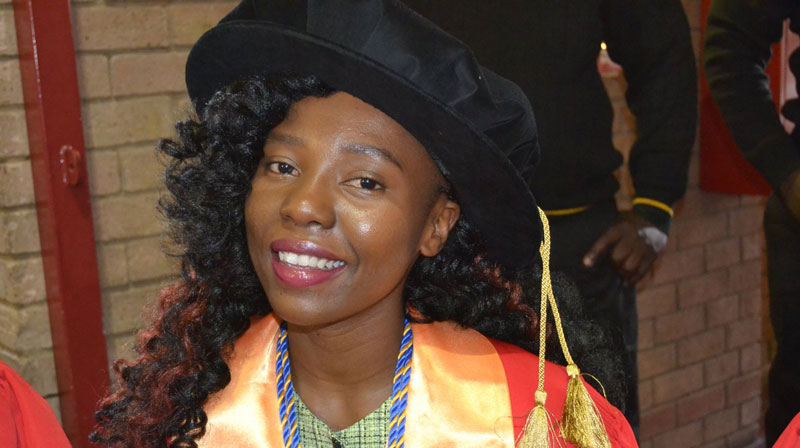 Musawenkosi Saurombe (23), became the youngest female PhD holder in Africa when she graduated last week. She received a PhD in Industrial Psychology at North-West University’s campus in Mahikeng, South Africa on April 25.

Dr Saurombe was academically gifted nd started school at the age of four in Botswana. Because of her acumen, she had to skip several grade levels and was only held back from skipping more grades due to the need for her to mature physically first. She is quoted as saying:

Her thesis was titled: “The management perspectives on a talent value proposition for academic staff in a South African Higher Education Institution.”