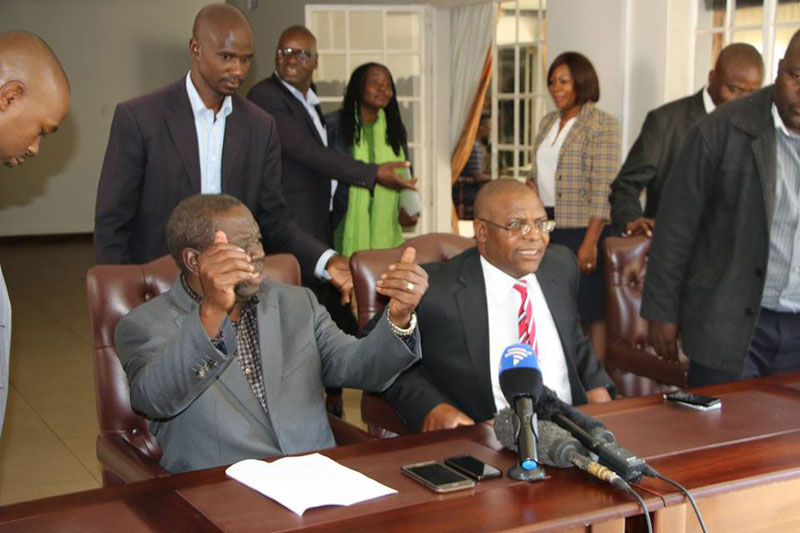 Zimbabwe People First elder Rugare Gumbo has criticised the Memorandum of Understanding signed between the between the MDC-T and Joice Mujuru’s National People’s Party and Professor Welshman Ncube’s MDC-N. Gumbo said the MoU was doomed to fail as it was exclusionary.
Said Gumbo:

To be frank with you, we believe that any MoU on any coalition should not only be about political parties. Any sensible coalition should include war veterans, war collaborators. We can’t have a MoU which is selective because it’s not about political parties but the people of Zimbabwe
As far as we are concerned what we need to do at the moment is to strengthen our party and focus on what the people of Zimbabwe want,We are not saying we don’t want any coalition but it should be based on principle and not what is happening now which is based on opportunism.