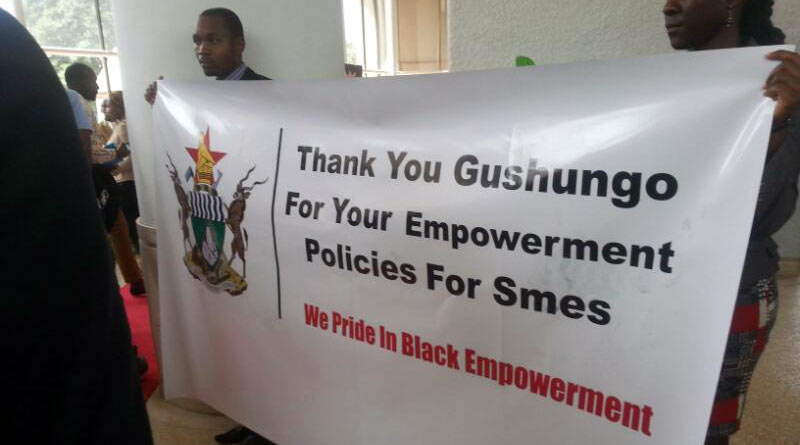 Speaking at a SME expo at the Zanu PF headquarters in Harare yesterday, President Robert Mugabe urged Zimbabweans to create their own jobs in the small to medium enterprise (SME) sector instead of waiting to be employed.

We want people to create jobs for themselves and not to wait to be given work. Create jobs and employ others, we do not want people who just cry for jobs. Let’s have less tears and more sweat.

Zanu-PF was re-elected in 2013 on the strength of creating 2,2 million jobs within five years.