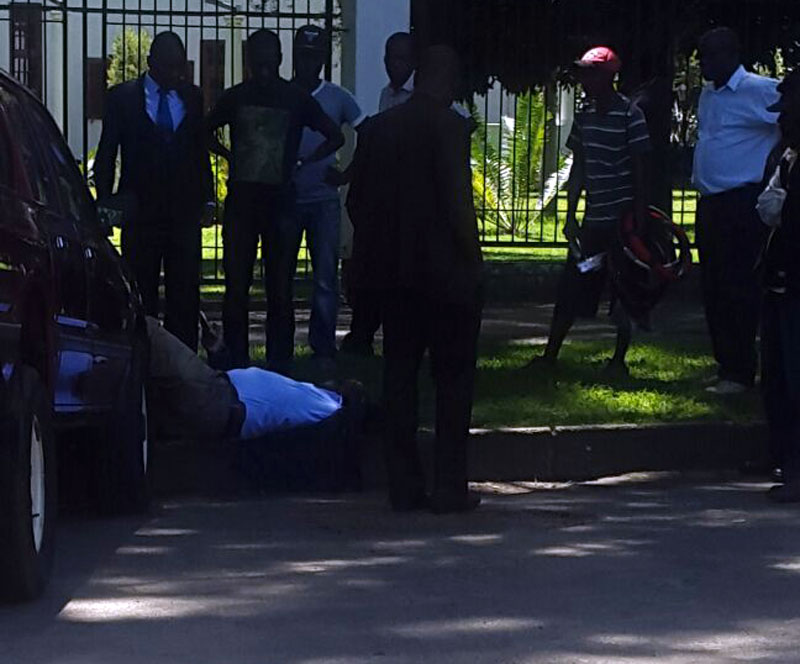 Speaking to The Daily News from his hospital bed, Nyandoro said:

. . . according to the doctors, I suffered what they call Achilles tendon rapture which was a result of the forceful kick on my knee by . . . Mawarire, my leg has since been plastered and I am also advised that they had to put some screws and wire around the kneecap to move it back into place. . . Jealousy has not even called or tried to reach out to me. The last I saw him was on the day he attacked me. I made a police report but I am not yet aware of the progress . . . however, this has affected my workload in terms of attending to my clients, it has also affected my family, it was an unexpected tragedy.

Last week Thursday, Mawarire and Nyandoro exchanged words over differences that include, among other things, the impending National People’s Party national convention and differences on the proposed grand coalition of opposition parties.