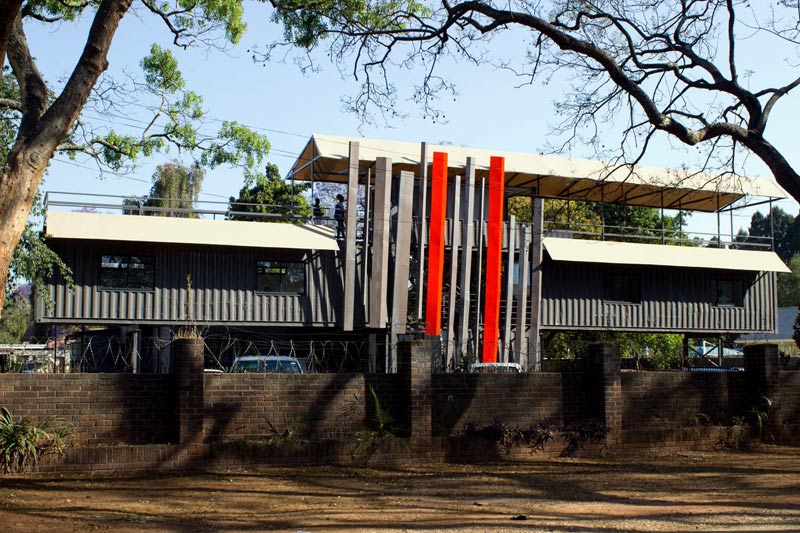 Creative hub Moto Republik have engaged the services of their legal team to apply for an  interdict to stop the demolition of their creative containers if City of Harare, does not respond  to the request to stop the demolition.  The creative containers are schedule to be taken down on Thursday the 16th of March. In a statement, Moto Republik also  revealed that it had recived more that 1 700 signatures on its petition and has received support from Local Government Minister Saviour Kasukuwere.

Here is the full statement from Moto Republik

In just over 4 days over 1,700 people have signed up to the petition to urge the Minister of Local Government Saviour Kasukuwere, Harare Mayor Bernard Manyenyeni & The Acting Town Clerk, Josephine Ncube, to stop the demolition of Moto Republik, Zimbabwe’s first creative hub. On Monday 13 March Saviour Kasukuwere responded to the online petition that has been trending in Zimbabwe over the last week to #SaveMotoRepublik and visited the popular are hub. The Moto Republik Management shared their position on the issue with the Minister and showed him all the relevant documents for the structure approved by the City Council. In his response the Minister promised to intervene and find an amicable resolution with council that would not involve demolition and would allow Mow Republik to continue operating.

We will continue to encourage our community online and offline to contact their elected officials to express their concern over the planned demolition of Moto Republik. “All we ask for is for the demolition to be stopped, for the containers to remain in place and for us to be allowed to carry on with our important work of empowering young people and supporting new ideas; said Moto Republik co-founder Tangai Leslie Makawa AKA Outspoken. We have engaged our lawyers to resolve the matter ahead of the March 16 deadline by sending a letter of demand to the city fathers, which has been followed up this afternoon by an urgent chamber application for an interdict against the illegal demolition should the council not respond to our request to stop the demolition.

We thank all of our supporters out there for raising their voices, taking action and standing with the positive space that is Moto Republik. Thousands of young voices cannot be ignored.