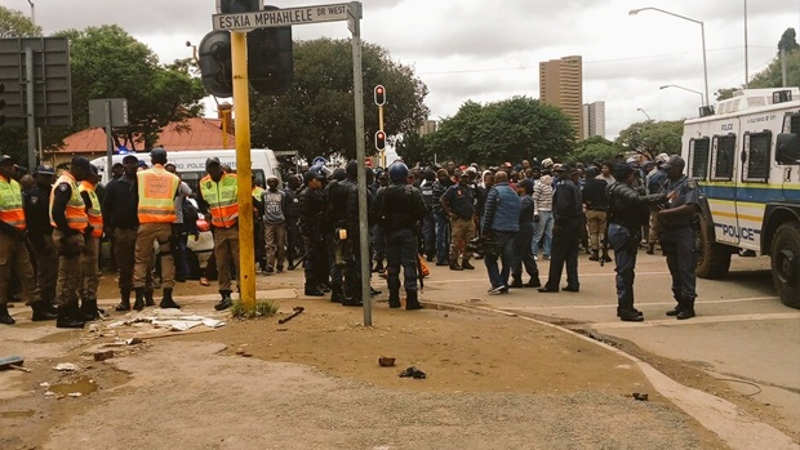 The Zimbabwean Community in South Africa, has approached the ruling African National Congress (ANC) and its political allies to intervene in fresh xenophobic violence in Pretoria and Johannesburg.

The chairperson of the Zimbabwean Community in South Africa, Mr Ngqabutho Mabhena, accused opposition parties of mobilising communities to attack foreigners in a bid to destabilise the ANC led Government. Said Mabhena:

In our view, the xenophobic attacks are well co-ordinated and political. Opposition parties which are fighting the ANC government want to make South Africa ungovernable and they are mobilising communities to attack foreigners. We have engaged ANC, Cosatu and the South African National Civic Organisation to help address the problems since they have branches in those communities.