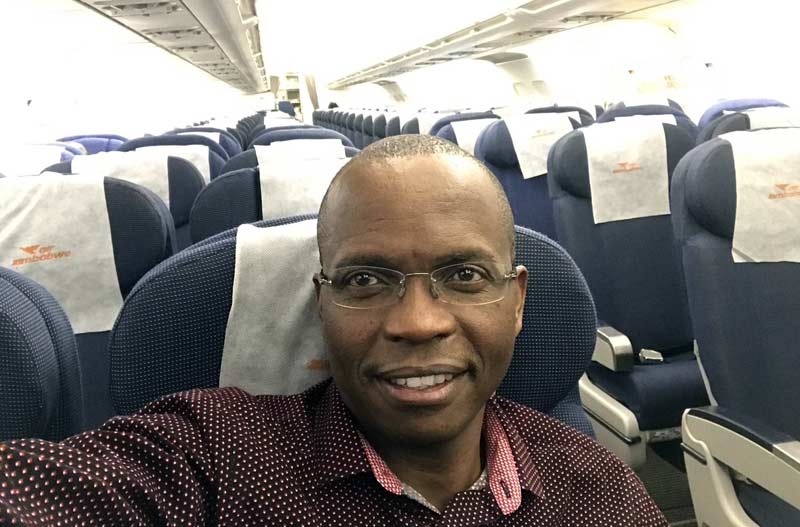 The country’s national airline, Air Zimbabwe, flew with just 3 passengers from Harare to Johannesburg yesterday. The flight was UM9461  and it was on an Airbus A320.

Local pastor and politically outspoken entrepreneur, Shingi Munyeza tweeted while on the flight:

A rare privilege for me with 2 other passengers aboard #Airzim flight UM9461.#3Passengers HRE to JNB on Airbus A320,departure delayed by 1hr pic.twitter.com/6Bo6JmMXMi

Air Zimbabwe has been in the news for the wrong reasons this past year. Recently, the airline was criticized for having a bloated staff number while operating only 3 planes.

In October 2016, the Zimbabwe’s president’s son in law, Simba Chikore, was appointed Air Zimbabwe Chief Operating Officer, a move that was criticised heavily by Zimbabweans as just reckless nepotisim by the president.