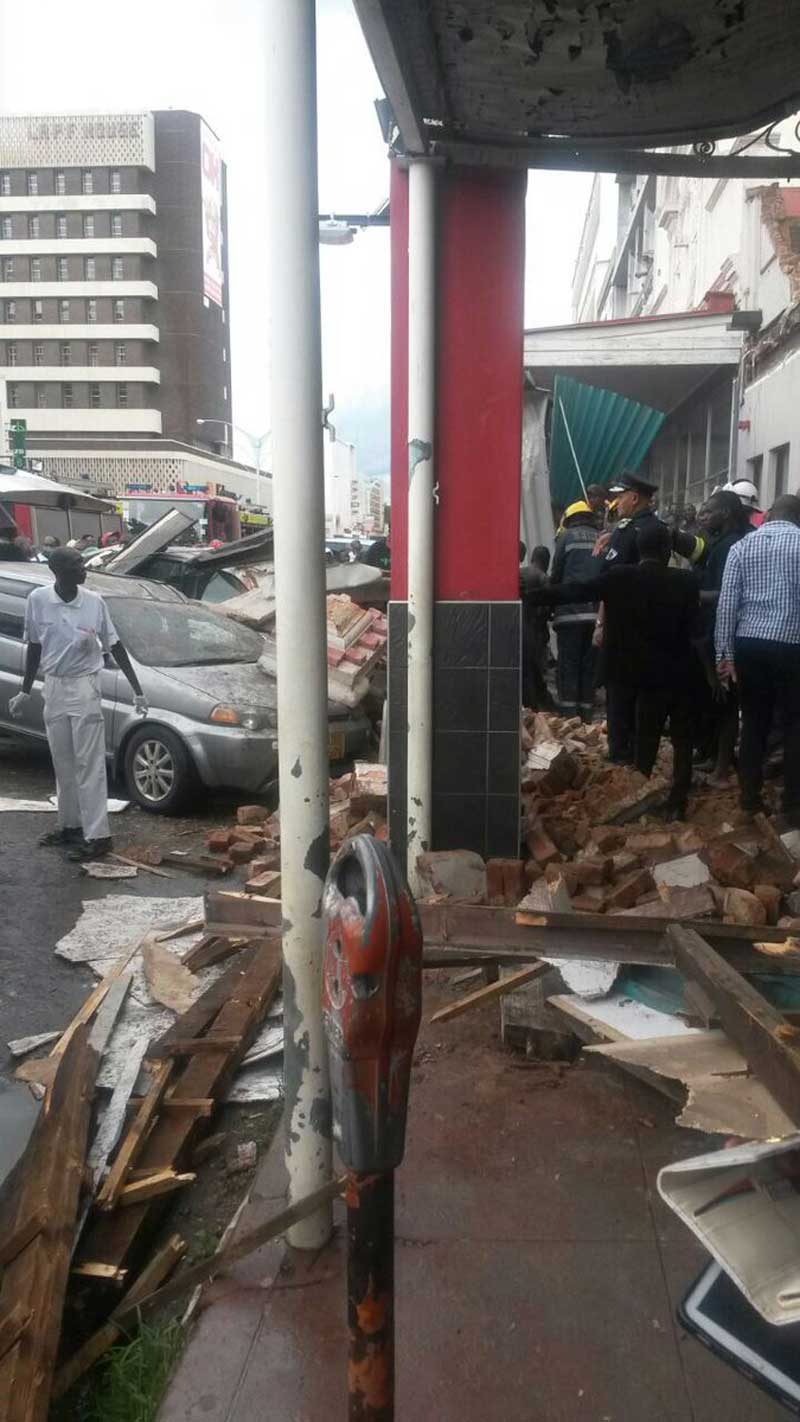 Business advocacy group the Affirmative Action Group (AAG) have written to Minister of Local Government, Public Works and National Housing Minister Saviour Kasukuwere urging him not to let the Bulawayo City Council investigate the collapse of a Nandos restaurant last week. Three people were injured while one died when the building collapsed and the AAG are afraid that the city council may cover up the real cause of the collapse as it may be partly responsible.

In fact, the AAG have the Minister 14 days to set up a commission of inquiry to investigate Simbisa Brands, the holding company of Nandos, due to the fact that another this is the second building to collapse which houses a Simbisa Brands restaurant. A Chicken Inn also collapsed in December 2015.

Part of the AAG’s letter reads

We have noted with concern the Nando’s incident that has claimed a life and we have strong convictions to believe it is a case of reckless capitalism where companies, professionals and officials cut corners to increase profits. May it be noted that the accident that occurred at a Nando’s Restaurant in Bulawayo was not the first of its kind with another Simbisa building caving in not so long ago. This is too much of a coincidence hence, placing doubt on the integrity of the company, construction engineers and the local inspecting authority.

We have reason to believe letting the local authority probe the circumstances leading to the accident will be counterproductive as they may be in a bid to cover their incompetence. We therefore, kindly request that your organisation launch an inquiry into the structural competences of all Simbisa buildings including the recently caved in Nando’s Bulawayo