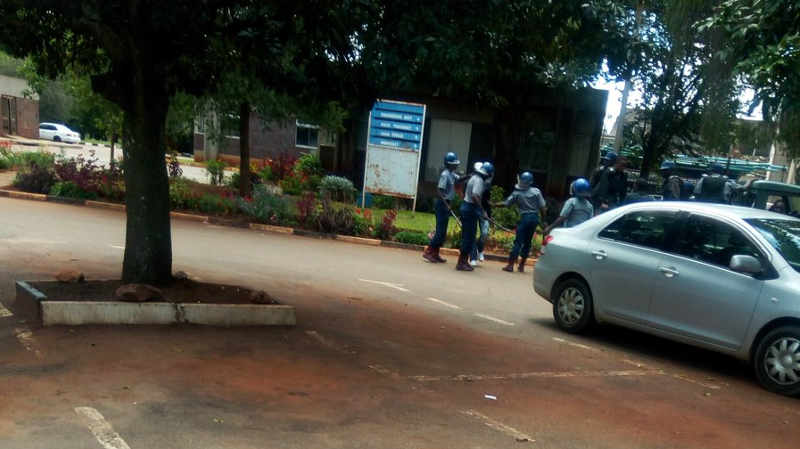 On Saturday afternoon Linda Masarira and other activists were assaulted by members of the Zimbabwe Republic Police riot for sitting on the lawn at Parirenyatwa Group of Hospitals in protest. The activists did not have any placards and were not singing or marching. Despite this, a truck full of riot policemen arrived at the hospital. The activists were assaulted before they were arrested and taken to Harare Central Police Station. The activists were protesting against the poor state of the public health system, while the president was enjoying a birthday party which is estimated to have cost $2,5 million.

All the activists were given an option to pay $10 bail or spend the weekend behind bars. All the arrested activists are being represented by Mr. David Hofisi from the Zimbabwe Lawyers for Human Rights

#CitizensAlert @lilomatic and other activists have been beaten and arrested by Police. On route to Central Police Station for siting at Pari pic.twitter.com/WHzP3HXxVv