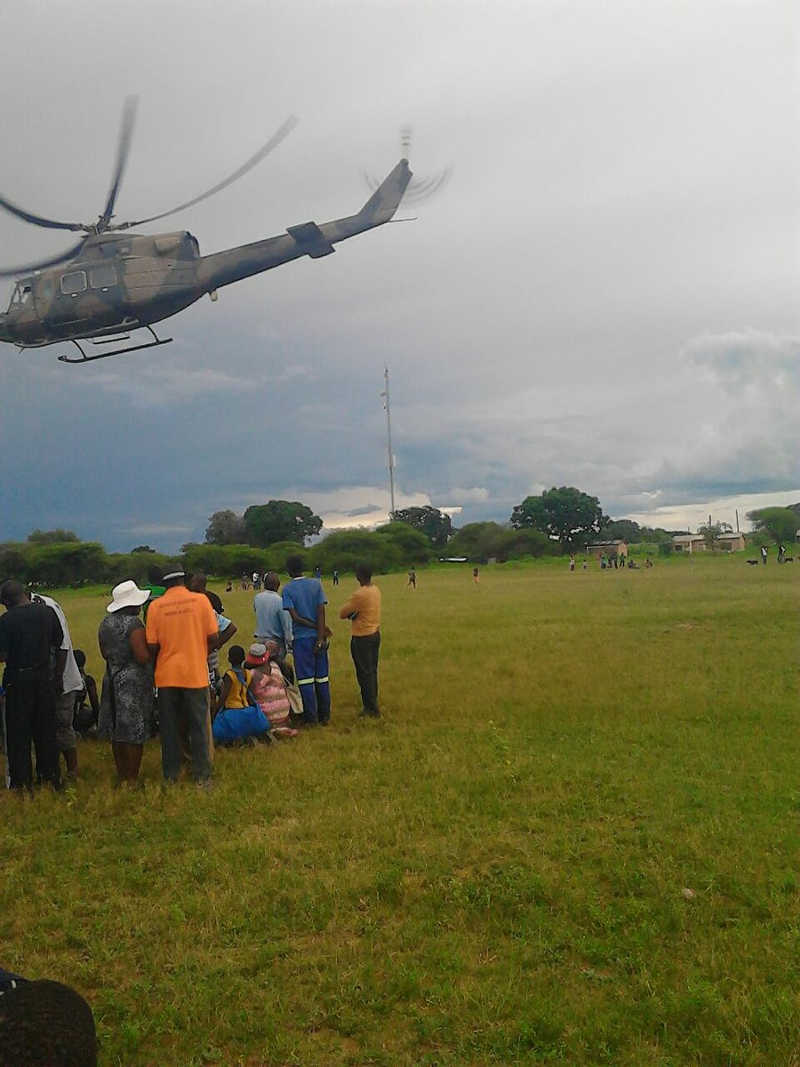 The Civil Protection Unit had to engage the Air Force of Zimbabwe to rescue marooned villagers in Tsolotsho. Between 60-80 families are estimated to have been trapped by the floods resulting from heavy rains. This was part of the effects of a tropical depression ex-Dineo which was once Cyclone Dineo until it was downgraded. Most of the families were from the Sipepa area.

The helicopter has so far done eight trips and it’s still continuing. We hope by the end of the night to have moved everyone to safety

Here are some of the images: