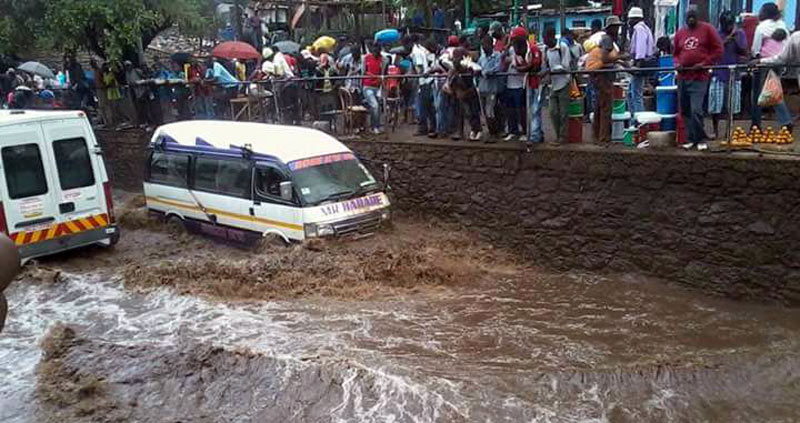 The tropical depression has already killed at least 7 people and destroyed more than 20 000 homes in Mocambique. It is expected to affect parts of Manicaland, Masvingo and Matebeleland. In Cowdray suburb, some men were charging residents 50 cents to help them cross flooded roads. Household property was also damaged after scores of homes were flooded.

I just addressed about 50 residents who said their pre-cast walls had also been damaged by the rain. Some had their household property destroyed due to poor drainage systems around the suburb.

CPU national deputy director Ms Sibusisiwe Ndlovu warned motorists to be careful when crossing flooded rivers. She also warned families to be on the lookout as the heavy rains were weakening and in some cases destroying houses.

Communities in Insiza district must maintain vigilance as all river systems are full and walls of small dams have failed as the district received in excess of 82mm of rain over 24 hours as it continues to rain. Motorists should be on the lookout as most of the bridges are overflowing and the roads are badly damaged. uMzingwane District received an excess of 60mm of rainfall in 24 hours, families need to be on the lookout as most homes are succumbing to excess moisture.