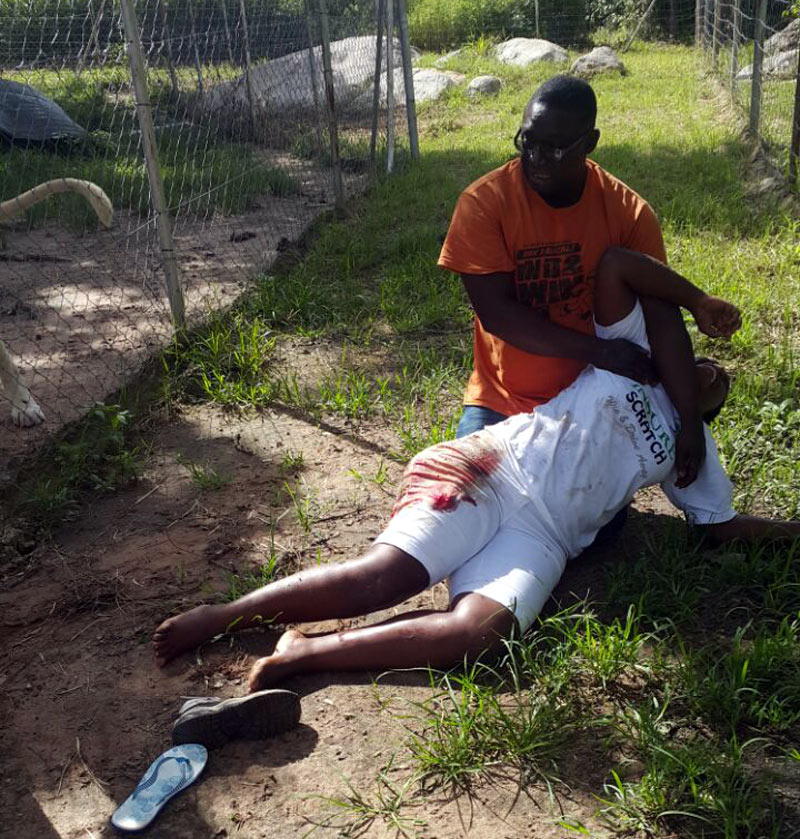 Rusape girl Ngoni Hera was mauled by a lion on the right hip as she was taking photos with her boyfriend Lovemore Sakarombe (36) at Eco Game Park in Headlands.

Ngoni was rushed to Parirenyatwa Group of Hospitals where she was admitted, after suffering serious injuries to her right hip and arm when she was attacked by a caged white lion while leaning on the fence. During a photo taking session, Ngoni leaned on the security fence, while Sakarombe, was taking her pictures when lions emerged from the bushes and one of them bit her.