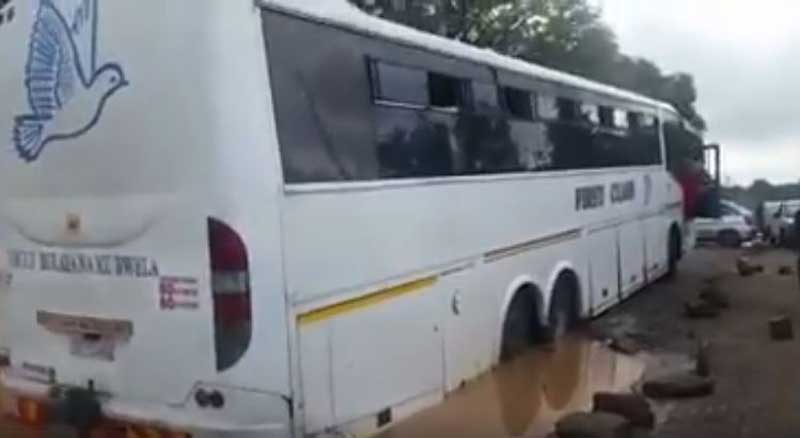 The state of Zimbabwe’s roads has become a cause for concern for everyone.  Recently, the government was forced to declare that Harare’s roads were now in a state of disaster, while Bulawayo City Council is considering using gravel roads due to the lack of funding to maintain tarred roads.

As if to bolster the point that Zimbabwe’s roads are now indeed dangerous, a bus got stuck in a monster pothole in Mbare, Harare.  Here is a video recorded by someone who witnessed the incident.