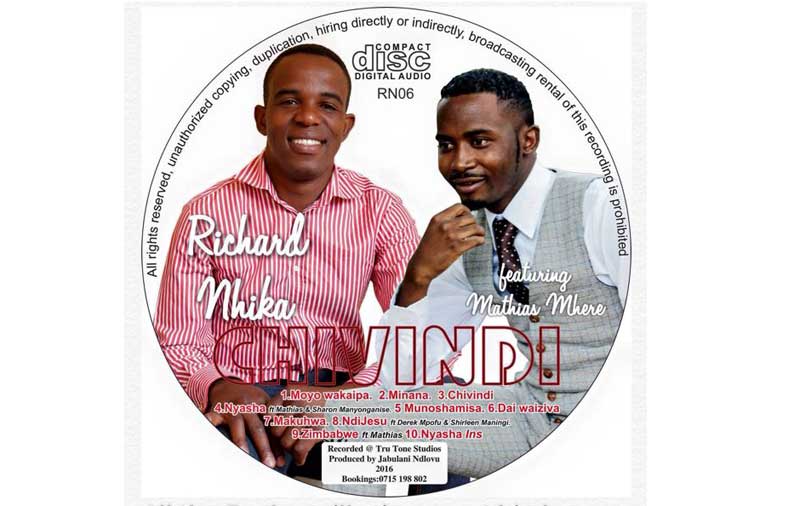 Gospel musician and AFM Junior Pastor Richard Nhika who filmed himself committing suicide has been revealed to have attempted suicide on two prior occasions.  Nhika killed himself by drinking an unknown toxic substance.   After being discovered he was admitted at Parirenyatwa Hospital where he died the following day.  He was 38.

According to the Chronicle, Nhika’s first attempt was in 2009 after a break up with a woman. The Chronicle interviewed him back then and he said:

My brother I had committed to someone for about two years and we broke up. This was after I paid lobola for her and thereafter things went down the drain. I don’t understand what happened because I wanted to marry her. I was so heartbroken it took me time to recover from the whole issue

I nearly committed suicide after that. I drank some poison and luckily I was rushed to hospital. However, the poison damaged some of my organs. A splenectomy was done as a result. I was heartbroken. I was saved by the grace of God as He didn’t let me die. I lived and I live for a higher calling.

Then in 2015 he also tried to commit suicide after he had a dispute with some members of his family.  He was restrained after he tried to tried to drink a poisonous substance.

This time Nhika succeeded after filmed himself taking a poisonous substance. In the video, he talks about a woman called Nomatter and says

I will always love you Nomatter, which is why when I saw you I never insulted you or said anything bad.

I have decided to die next to this tree so that everyone can see, this is real poison you can even see for yourself.

I will always love you Nomatter and thank you for taking away my life,” he said whilst drinking the pesticide.

Update:   Here is the video