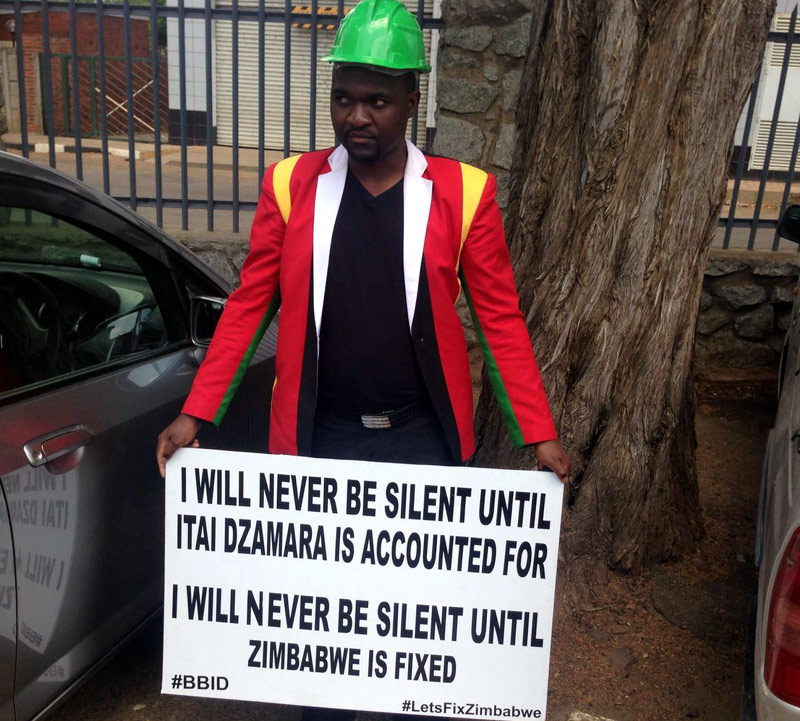 Speaking to NewZimbabwe.com, political activist Patson Dzamara responded to claims by Zinasu Secretary General Makomborero Haruzivishe that he was using Itai’s children to earn a living.

I am a professional, I am an author, I am a consultant and I do have another life elsewhere. And guess what my participation in activism has impacted negatively even on my other life. In other words I was not and I am not a loafer; when I participate in activism or anything to do with the citizens of Zimbabwe claiming their voice and their space in the way the country is run, it’s not because I have run out of something to do, No. It’s because I am really too passionate and am in love with this nation such that I cannot afford to remain silent when people like Mugabe are dragging the country to their graves.

Last week Haruzivishe had claimed that Dzamara and Pride Mkono were saying negative things about him to the press following claims by Maynard Manyowa that Makomborero was going out with Linda Masarira.