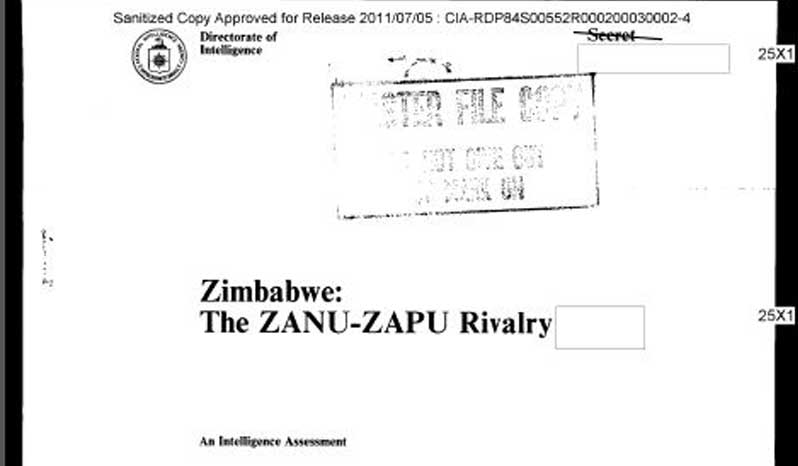 The Central Intelligence Agency (CIA) of the United States recently released declassified files that relate to Zimbabwe during the period just after independence.  The files cover part of the Gukurahundi period, the years 1982-1983.  However, despite being declassified some of the names have been removed.