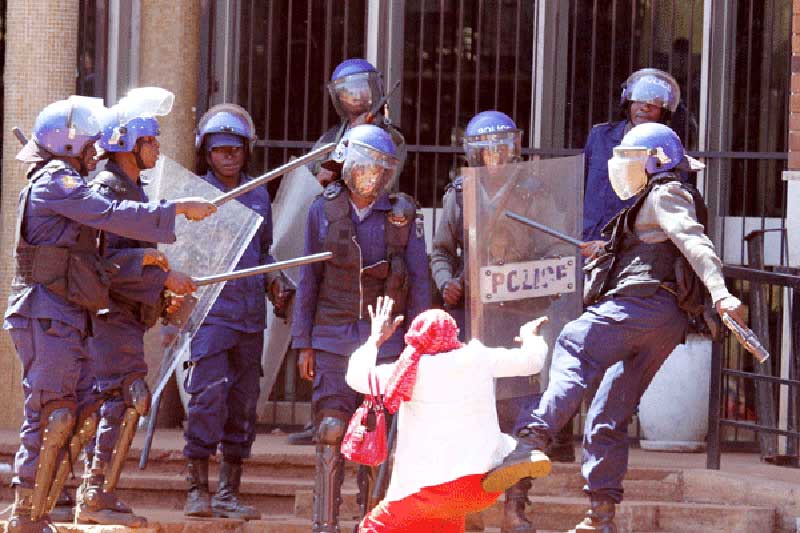 According to a report released by international watchdog, Human Rights Watch (HRW)  Zimbabwe’s human rights record worsened in 2016.  Zimbabwe’s record was not great, to begin with, according to  HRW.  The watchdog also placed some of the blame on South Africa for keeping quiet while violations were taking place.  HRW released the 27th World Report in Washington DC Wednesday.

Excerpts of the report read:

During 2016, the government of President Robert Mugabe intensified repression against thousands of people who peacefully protested human rights violations and the deteriorating economic situation,

It (government) disregarded the rights provisions in the country’s 2013 constitution, and implemented no meaningful human rights reforms. Police abuse increased, and there was excessive use of force to crush dissent. Human rights defenders, civil society activists, journalists, and government opponents, were harassed, threatened or faced arbitrary arrest by police.

Widespread impunity continues for abuses by police and state security agents. The president publicly attacked judges for “reckless” rulings that allowed public protests against his rule, further eroding judicial independence. He also undermined the independence of the Zimbabwe Human Rights Commission (ZHRC), established as an independent commission under the constitution, when he verbally attacked the institution.