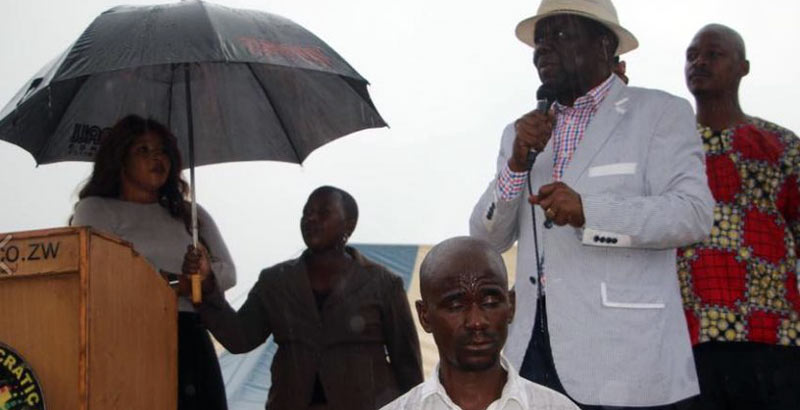 In a strongly worded statement at the weekend, Tendai Biti’s People’s Democratic Party (PDP) has accused MDC-T leader Morgan Tsvangirai and his party for rejecting an opposition invitation to form a coalition against President Robert Mugabe‘s ruling Zanu PF party, accusing the ex-Prime Minister of turning on the enemy for his medical bills.

PDP claims that their former allies were involved in secret talks with Vice President Emmerson Mnangagwa’s faction within Zanu PF to form a government of national unity. Said PDP:

We are also aware that some of these politicians are in serious negotiations with the Lacoste faction of Zanu PF to form a government of national unity before 2018 as an attempt to derail and delay the 2018 elections. The same opposition politicians scuttling the coalition process are having their rentals, medical bills and daily upkeep being paid by the Zanu PF government and they will, as a result, do all in their power to derail the grand coalition process in order to please their Zanu PF masters.

Tsvangirai is battling colon cancer and was reportedly given $70,000 by President Mugabe’s government sometime this year to cover his medical bills.