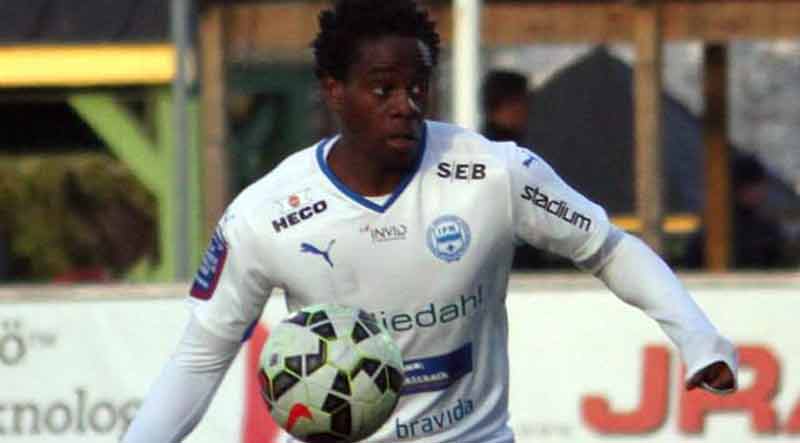 Archford Gutu will not be part of CAPS United’s Champions League campaign next year as he is back at his former Swedish club IFK Vernamo a second-tier Swedish soccer outfit he played for, between 2014 and 2015 on loan from topflight side Kalmar FF.

His manager  Calvin Nyazema yesterday revealed that Gutu was excited with the development which will take him to the European side from January 1 2017 to December 2018. IFK Varnamo wrote on their website that “23-year-old Archford Gutu was one of IFK Värnamo absolute best players in 2015. Prior to this season, he was also one of the players the club worked hard to maintain, however, he chose to play in Zimbabwe in 2016.

While at CAPS United, Gutu was kept on the bench most of the time which led him to vent his frustration at coach Lloyd Chitembwe on social media.