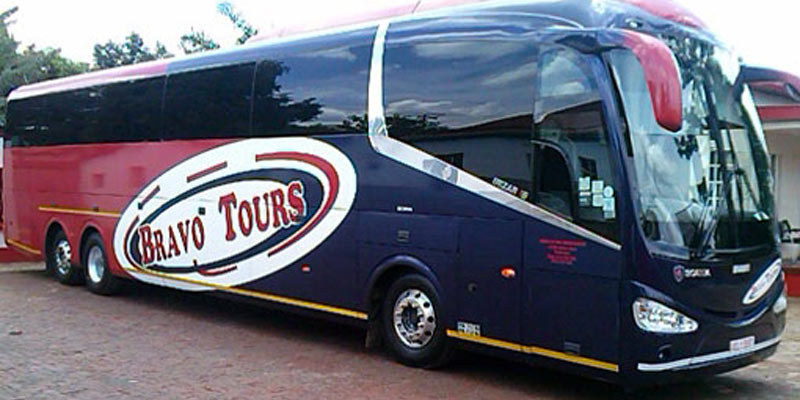 A Bravo bus killed 3 passangers on the spot and injured 35 others when it veered off the road and landed on its side near Halfway Lodge along the Bulawayo–Victoria Falls Road yesterday. The bus crew tried to conceal its identity by scraping off the name and logo of the bus and covered it with a sail as it was being towed to Bulawayo.

Police national spokesperson Senior Assistant Commissioner Charity Charamba said investigations were underway to establish the cause of the accident with initial findings indicating that the driver lost control after the bus developed a mechanical fault.

Sources that spoke to The Chronicle said the crew had earlier on spoken about a loose bar under the bus but ignored it saying it would be fixed in Bulawayo. When the bus got to Halfway the bus hit a pothole resulting in the driver losing control. Some of the injured were treated at Fatima Clinic and St Luke’s Hospital while the critically injured were transferred to Mpilo Central Hospital.