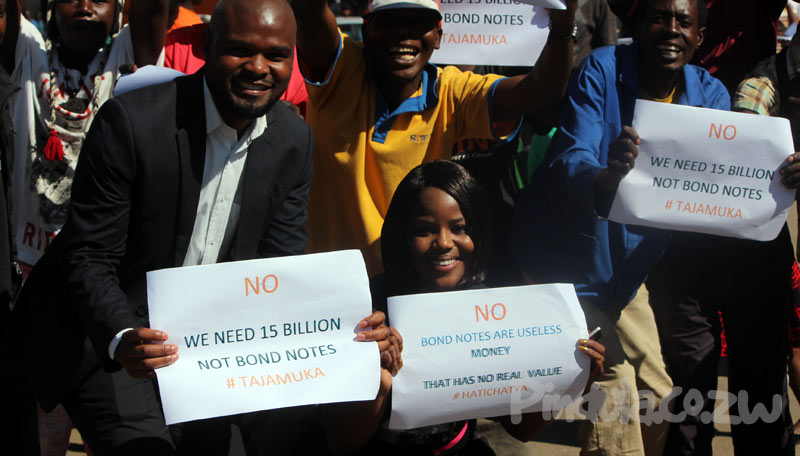 Following the statement from the RBZ earlier today about the Monday release data of the Bond Notes, Zimbabweans have taken to social media reacting to the pronouncement.

Zimbabweans on Twitter mostly expressed shock and sadness to the development. Here are some tweets from some users of the platform:

The Reserve Bank of Zimbabwe has announced that the Zimbabwean Dollar (disguised as bond notes) will start circulating on 28 November!

#BondNotes to arrive Monday. Check the last bit – withdrawal limits arent abt how there's No Cash. They're about promoting cashless society. pic.twitter.com/BDywyrrjmu

For the past 2 weeks I've been thinking of getting a Galaxy A9 but I'll wait a bit. That money might be enough to buy a car in bond notes.😂

With the way banks are corrupted, some are gonna be withdrawing thousands of #BondNotes per day & flooding the market

Say hello to #BondNotes from Monday, RBZ says. Because why wait for that pesky legislation to pass. @veritaszim pic.twitter.com/N6PDJV7LWy