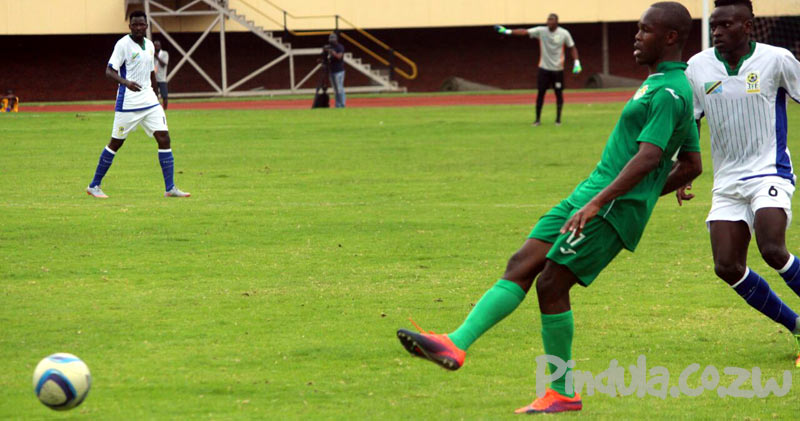 The Zimbabwe senior national men’s soccer team beat Tanzania 3-0 in a friendly match played at the National Sports Stadium today. Warriors striker Nyasha Mushekwi was outstanding as he assisted both Musona and Rusike before scoring a third to seal the win for the Warriors.

In the first half Knowledge Musona put the Warriors in the lead after the ball was headed down by Nyasha Mushekwi. Mushekwi once again assisted Matthew Rusike who doubled the lead with a ferocious shot from outside the box before Musona returned the favour by assisting Mushekwi who headed the ball into the net for a third goal.