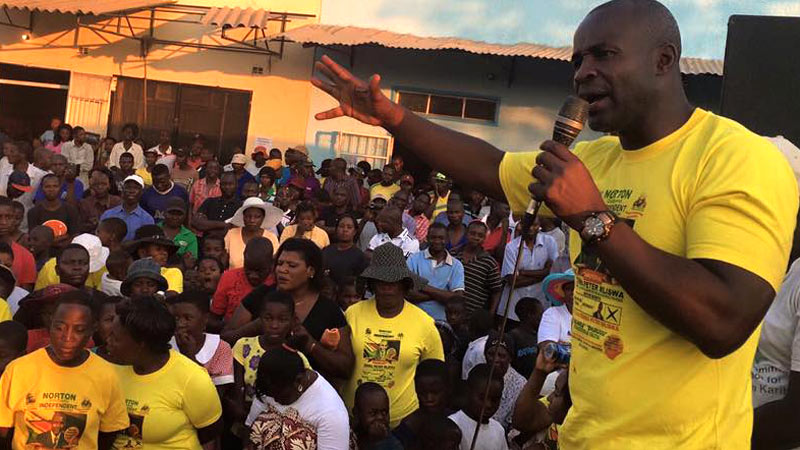 There was violence today in Norton as it emerged that independent candidate, the former Zanu-PF member, Temba Mliswa, had a lot of support ahead of the 22 October by-election. Police had to fire tear gas to disperse crowds. A rally he was scheduled to address was reportedly attracted more than 3,000 people, triggering alleged Zanu-PF youth to block him from addressing the rally.

Tweets posted on Twitter had pictures of riot police, with those on the ground saying the situation had turned violent:

I was in Norton a few hours ago, atmosphere was very tense, people were being teargased after police disrupted a peaceful Temba Mliswa rally

Zanu PF moment of truth as @NortonElection is threatening to run away with the constituency https://t.co/pXVkYChzCV