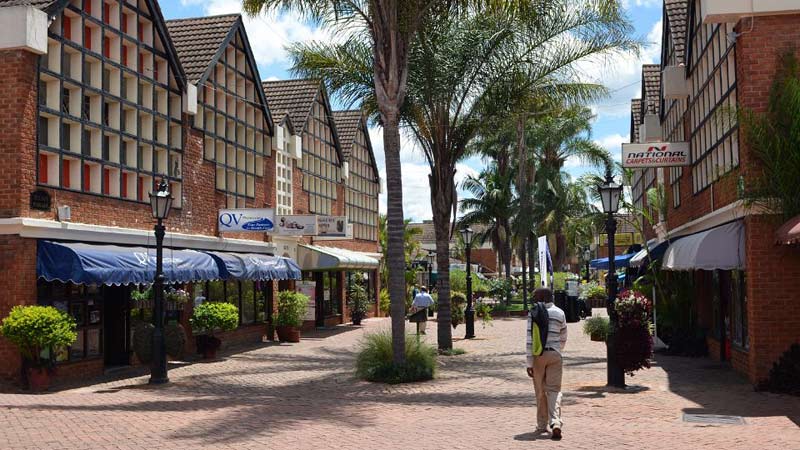 On Friday 14 October, a video posted on Twitter allegedly showing security guards at Sam Levy’s village protesting the racist treatment of one of their colleagues by Morris Levy, saw Zimbabwe’s Twitter users criticising the mall owners labelling the act “highly disturbing and inhumane”.

According to a tweet by Consumerizim the racist event in question is that “a guard seen resting in Avondale by boss “Morris”, told to carry rock in video to Borrowdale Village as punishment”. The guard then got hurt in the process. The “punishment ” triggered the protest by the guards

Sam Levy’s is a up market shopping mall in the Borrowdale, Harare. It’s not clear who Morris is.