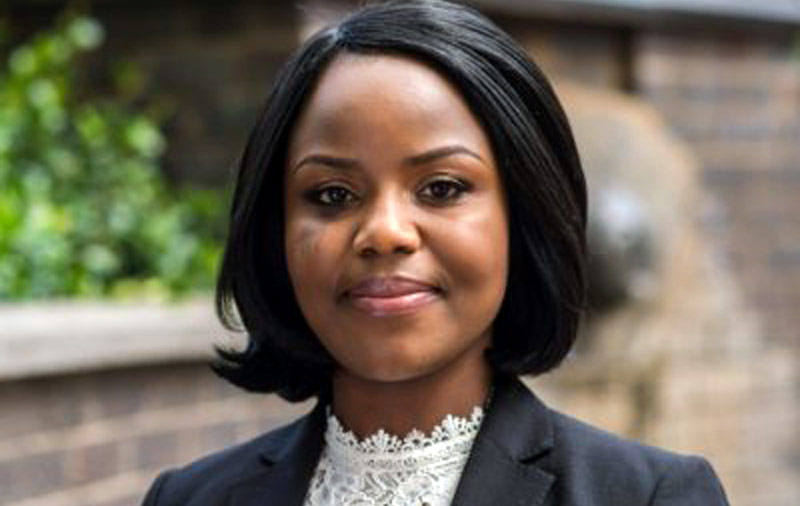 Advocate Fadzayi Mahere has shared her views concerning yesterday’s protest by Tonderai Dombo during the University of Zimbabwe‘s graduation ceremony. Mahere said that Zimbabweans should desist from being spectators, commentators and online protesters and start taking active participation if the country’s situation is to change.

People need to get out of the terraces and onto the pitch. People need to be prepared to contribute and get involved. We have far too many analysts, critics, observers, tweeters, facebookers, whiners, complainers and naysayers – and not enough DOERS. Tonderai Dombo held up his “there are no jobs” placard ALONE in a graduation ceremony involving THOUSANDS of students. It was easy for intelligence officers to haul him away because he was alone.

Mahere believes that if students had joined Dombo the outcome would have been different and stated that unity is the strategy,

However, if every graduand had joined him in holding up a placard, the outcome would have been very different. They could not evacuate the entire ceremony. Peaceful and powerful, no law would have been broken. You can’t teargas a gathering involving the President. The ceremony was being broadcast – any unlawful conduct would have only served to amplify the protest. No advanced, ‘well-crafted’ strategy was required to execute this peaceful protest. UNITY is the strategy.

She then urged Zimbabweans to stop analysing and expecting other citizens to do things for them. She said,

Without unity, there will be no salvation for anybody and we will continue to wallow in this quagmire indefinitely. Without unity, no strategy, no matter how well-crafted, will succeed.

Who do you expect to do your dirty work for you? #thisflag